Berlin, often referred to as a “poor, but sexy” city is the political and cultural capital of Germany. Although it attracts a steady stream of artists, writers, and intellectuals, there is something for all tastes, interests, and budgets. After twenty years of the fall of the Berlin Wall, remnants of a bruised past continue to reverberate throughout the city and are harmonized with the values of a new era. The sense of history here is extraordinary, so profound and immediate.

Many of the city’s main highlights can be covered in two days with a little bit of time management coupled with proper guidance. But to really do justice to the city, start planning your next visit for a round 2 of exploration! 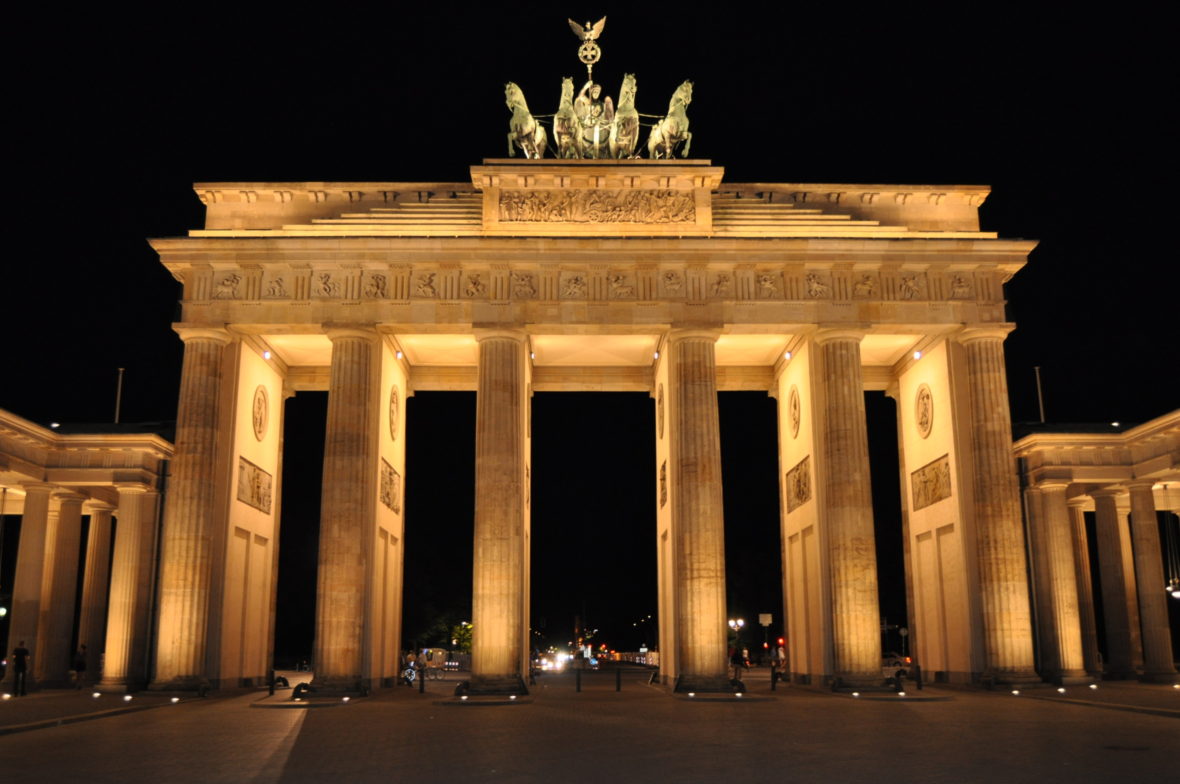 1)     Start off the day with an authentic German breakfast/brunch at Plus Minus Null in the eastern borough of Friedrichshain. Head to the formerly socialist avenue, Karl-Marx-Allee to catch a glimpse of architectural facades of the Stalinist era. Do not miss the East Side Gallery, where you can view the 1.3km stretch of the Berlin Wall that has been converted into an open-air art gallery and serves as a memorial of freedom.

2)     Alexanderplatz, a huge public square in the heart of Mitte and the Fernsehturm (TV Tower), the tallest structure in Germany cannot be missed. As a midday snack, a bratwurst/currywurst is recommended as a sample of true German street food.

3)     For your shopping needs, KaDeWe (Kaufhaus des Westens, or “Department Store of the West”) is a great place to start. Nestled in the heart of the swanky Charlottenburg district, it is not only a commercial complex, but also a historical emblem of material prosperity of West Germany. It is the second largest department store in Europe, trailing behind Harrods in London. Minutes away from KaDeWe is Kurfurstendamm, or otherwise known as Ku’Damm – the Champs-Élysées of Berlin.

4)     Stroll down the world-famous boulevard, Unter den Linden. Drink a cup of coffee at Einstein Café. Marvel at the iconic Brandenburg Gate (Brandenburger Tor) at one end and gaze at the beautiful architecture of the Berliner Dom, Humboldt University, and the Staatsoper at the other end. 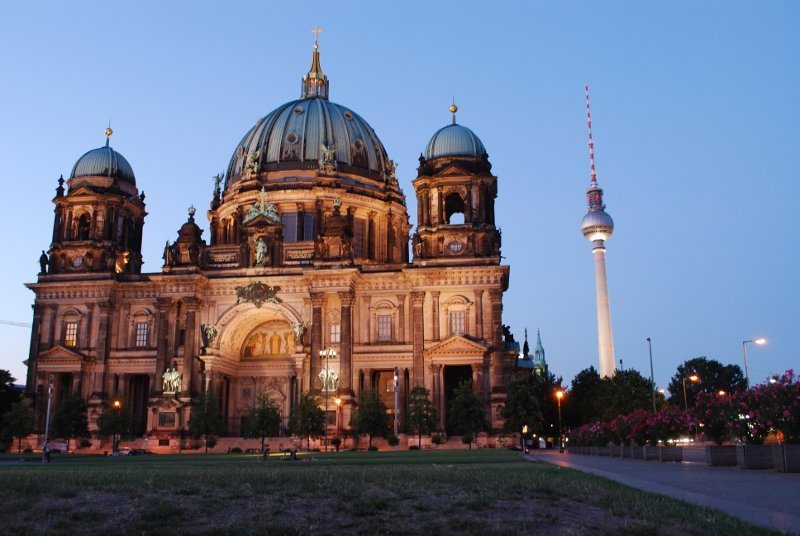 5)     Visit the Memorial to the Murdered Jews of Europe (the Holocaust Memorial), an outdoor field of uneven concrete slabs that you walk through.

6)     Located behind the Brandenburg Gate is the Reichstag, home of the German Parliament. Be sure to visit the rooftop terrace for stunning panoramic views of the city, but plan for this in advance, as you have to make reservations.

7)     End the night by dancing at the chic club, 40seconds or keep it more low-key with a cocktail at Bar Tausend. Prost!

1)     Begin your jam-packed day with an energizing meal at Keyser Soze. Saunter down Oranienburger Strasse and soak up the architectural splendor of the Neue Synagogue, a monumental Jewish establishment of Berlin.

2)     Vestiges of East Berlin are limited; however, you can see an intact segment of the Berlin Wall at the Topography of Terror, an outdoor museum and the former venue of the Gestapo and SS headquarters. 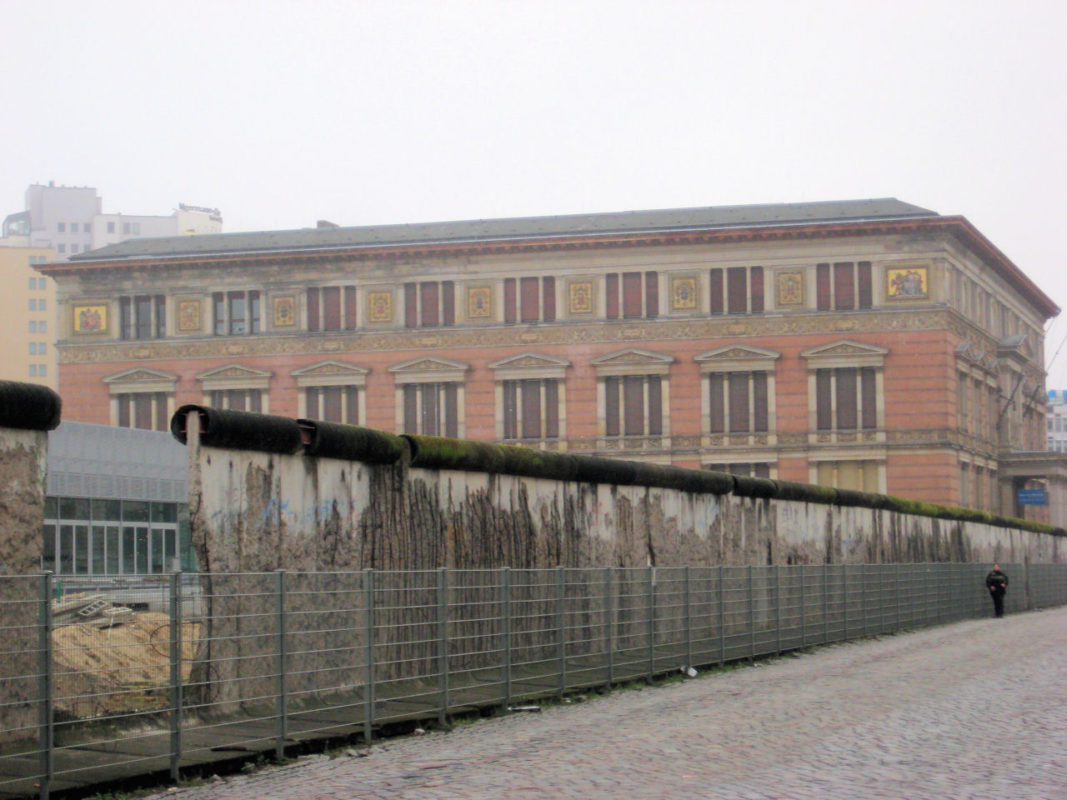 Part of the Berlin Wall near the Topography of Terror

3)     Walk around the famous Potsdamer Platz area and visit the Sony Center to witness the striking dissimilarities between East and West Berlin.

4)     Relax and revive your energy with a classic afternoon tea at the Ritz Carlton hotel. It is the perfect oasis of tranquility amidst the hustle and bustle of the big city.

5)     Prioritize your museum visits as there are so many. Located on the River Spree, Museum Island (Museuminsel) houses 5 internationally-renowned museums. Two others worth visiting are the Judisches and the DDR Museums.

6)     Walk down Friedrichstrasse, a major cultural and shopping street that was formerly bisected by the Berlin Wall. Today, it is lined with corporate offices and shopping boutiques. Down the street is Checkpoint Charlie, a former crossing point between East and West Berlin, and at the very end of the street, you will find yourself in the Turkish enclave of Kreuzberg. A visit to Berlin is incomplete without a Turkish meal, so prepare yourself for a Mediterranean feast at Hasir restaurant.

7)     Drink a strawberry beer at Erdbeer Bar or head to Prenzlauer Berg, a district in the northeast that hosts a warren of both trendy and traditional bars/pubs. Better yet, grab a quick drink and engage in a night of culture with an opera or ballet.

Berlin is a historical gem that is not to be missed!

If you enjoyed this post, please consider sharing it: