After living in Egypt for four years, JoAnna of For the Intolerants has compiled quite the list of ridiculous remarks she’s heard about the country. Read on to see her debunk the top 15 myths about Egypt…

1) All Egyptians are Muslims. While the majority of Egyptians are Muslims, they’re not all far-right leaning when it comes to religion or politics. Many Egyptian Muslims are moderates and observe the teachings of the Quran, but may not be veiled, bearded or adhere to strict dietary/social guidelines. In addition to Muslims, Coptic Christians make up 10% of Egypt’s population and there’s a small percentage of Jewish citizens in the country as well.

2) Egypt is an under-developed country. In terms of development Egypt is a middle-income country. Though there are high levels of poverty in parts of Upper and Lower Egypt, infrastructure is good for the most part and the country has been able to get by thanks to remittances from Egyptians working abroad, revenues from the Suez Canal and oil as main sources of income. This will likely change at some point though as the country cannot continue to support high subsidies on items like oil and food and meet the basic needs of citizens at the same time. 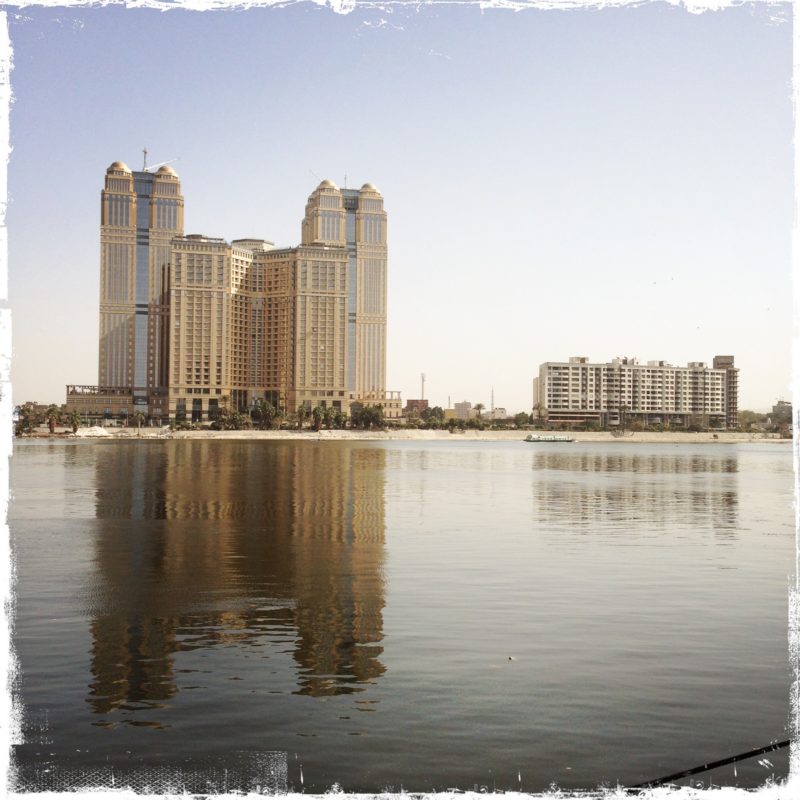 3) Travelling in Egypt is dangerous. Are there parts of Egypt I wouldn’t go to? Yes. Are there parts of Toronto, Paris or London I wouldn’t set foot in? You bet. Travelling in Egypt is likely to be more annoying than anything and driving in Egypt is perhaps one of the most dangerous things you can do given that Egyptians are not the most selfless and informed drivers. It’s true that the security situation isn’t the same as it was pre-2011 and there are parts of the country that aren’t tourist-friendly at the moment (parts of Sinai, western border near Libya, Port Said, etc.). Despite this it’s still quite safe to travel to Cairo, Alexandria, parts of the Western desert, several Red Sea resort towns and the Upper Egyptian centers of Luxor and Aswan. The important thing is to do your homework, plan well and keep travelling! Heaven knows there are millions of people who would benefit greatly from tourist-dollars coming into the country.

4) Women will be harassed regardless of what they look like and what they wear. Actually this isn’t a myth; it’s sadly quite true as 85% of Egyptian women and more than 95% of foreigners are harassed on a daily basis. Until rule of law protecting the rights of women is properly integrated into the country’s legal framework, there are no avenues of repercussion for women who are victims of sexual or gender based violence, street harassment included. If you are woman visiting/living in Egypt it’s handy to wear big shades (to avoid eye contact) and carry your headphones with you all the time or learn how to block out external – and unwanted – noise.

5) All Egyptian women are veiled. While the number of veiled women has risen significantly over the years, there are still women – both Muslim and non – who do not wear the veil. The thing people tend to forget about the hijab, is that wearing it is not always about religious per se. Wearing the hijab often has more to do with familial and societal pressures more than anything else.

6) All Egyptians are Arabs. Well this would be like saying all Canadians are Brits, which would piss the Quebecois off and be so utterly untrue. Though the term “Arab” is given to people from the Middle East who speak Arabic, it’s a linguistic marker more than anything and doesn’t account for the millions of Egyptians who may not have Arabic as their mother tongue and who also have roots from nomadic tribes from Africa and the Middle East. Many anthropologists argue that the Egyptians are in fact a Hamitic people and have more in common genetically with Eritreans, Ethiopians and Somalis than with Arabs (some argue that the only true “Arabs” are people from Saudi Arabia). 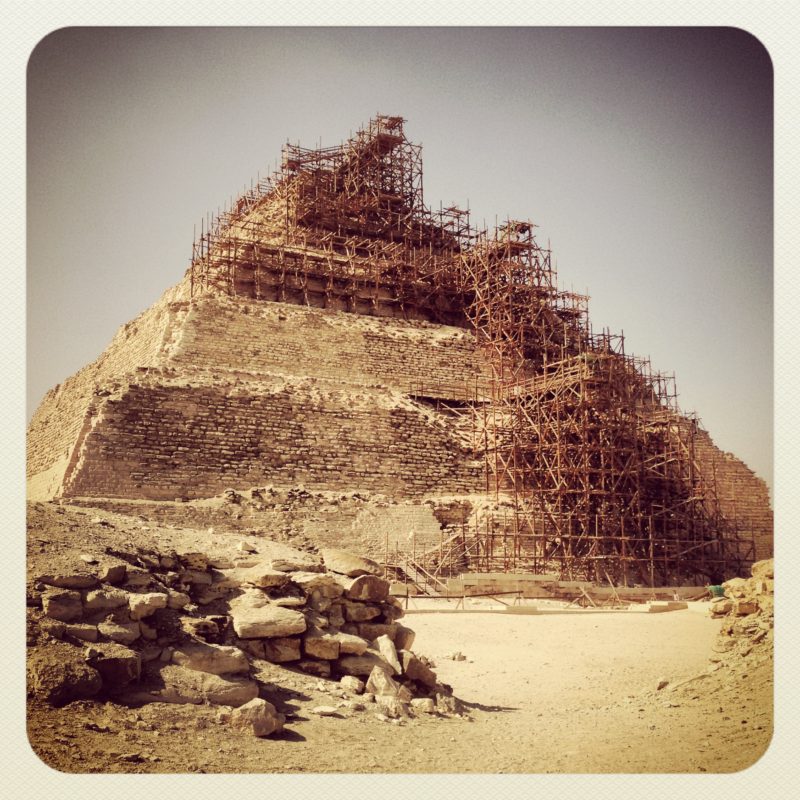 7) Because Egyptians are Arabs, all Egyptians must be rich. Well as we know from the above myth that not all Egyptians are Arabs. It wouldn’t matter if they were though as Egypt is the most densely populated in the Middle East and North Africa and the administration is struggling to find ways to create jobs and maintain a social system that caters to a population of almost 90 million people; 50-60% of whom subsist on less than $2 USD a day. Rich? Not even close.

8) The only thing to eat in Egypt is koshary and ful medammes. Well this is just silly regardless of how good ful and koshary can be. Do you eat pasta and beans every day? No, of course you don’t.

9) Egypt is hot and dusty all year round. While the summers in Egypt can be punishing, the winters can get down right cold; like cold enough to turn on your heater and get the feather duvet out from the closet. It’s not uncommon to have rain showers in December and the temperature can easily drop to 4 – 10 degrees C for several weeks between January and February.

10) There’s no culture of art or music in Egypt. If you’ve ever seen one of the old Egyptian movies from the 40s or have seen one of the Cannes-approved films from the last few years, you’ll know this isn’t true. Though the superficial conservative layer of Egyptian society is difficult to penetrate, once you scratch the surface you can uncover a whole host of sub-groups in Egyptian society to marvel at what they’re doing: dancers, artists, sculptors, foodies, carpenters, tattoo artists, writers, filmmakers, photographers, singers, etc. who are creating and disseminating some pretty amazing work.

11) A heavily bearded man is a terrorist or a Muslim extremist. This myth taps into preconceived notions and ideas that have been embedded into our subconscious thanks to media, movies/TV and other societal spin doctoring. Sure, there have been/are heavily bearded men in Egypt with multiple bad intentions or radical ways of thinking, though I highly doubt the beard is the barometer for measuring someone’s ill will. Egyptian society – like any other – is composed of a primarily liberal/centrist majority with extremists on both end of the spectrum and while some groups (Salafists for example) use the beard as a mark of religious faith, it’s not uncommon to see a guy with a beard sporting jeans and yammering into his Nokia while sitting at the corner cafe eating batatis (fries) and smoking a shisha.

12) All Egyptians are terrorists, jihadists or thugs. *sigh* See response to #11 above. 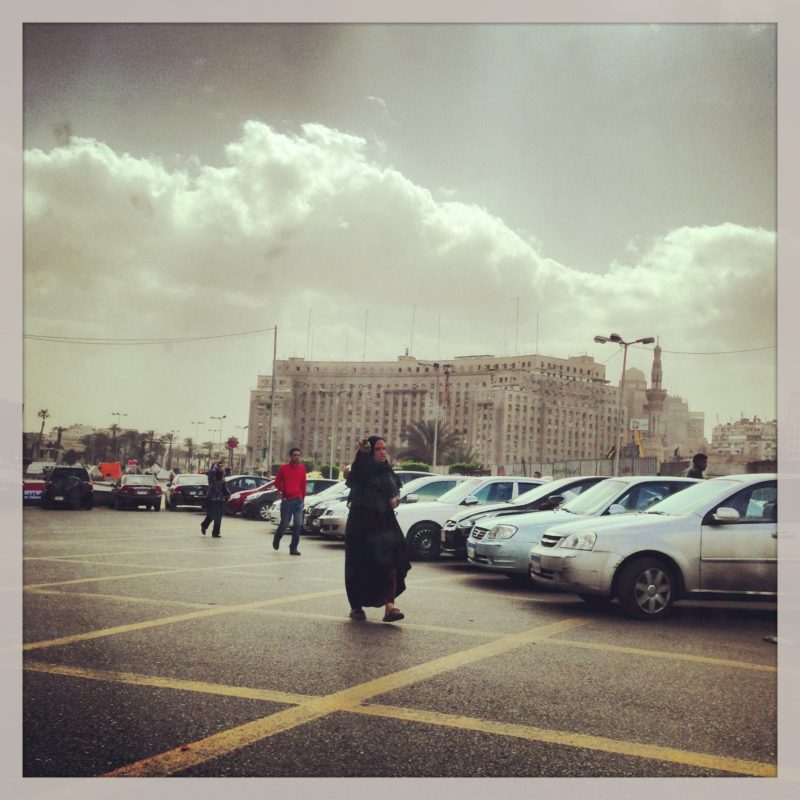 13) Egypt is a very conservative society. This is true in many ways and is often the reasoning behind modest forms of dress and ways of interacting with others (elders in particular). It’s also seen in the hierarchies that form the backbone of society and administrative structures. Despite this conservatism however, upwards of 60% of the Egyptian population is under the age of 25 and the majority of them have grown up on cable TV and the Internet, and have rather innovative views (regardless of where they fall on the political spectrum) on ways to shape the future of their country.

14) All Egyptian women are closeted belly dancing goddesses. Perhaps this is true, but I doubt it. Though belly dancing is still deemed an art by many bourgeois Egyptians and fervent foreigners, many Egyptians see belly dancing as both haram and outdated.

15) The majority of Egyptians are ignorant and rude. This might be true when it comes to driving (if you’ve ever sat behind the wheel in Egypt you’ll know what I’m talking about), but in terms of providing assistance when you need it most or engaging in a conversation about daily life, Egyptians are some of the most curious, helpful and warm people I’ve come across. They’re also especially fond of children: their children, the neighbour’s children, your children, a stranger’s children. It’s not uncommon to see people approach a random family to pinch kids’ faces and engage in a friendly discussion.

Bottom line: Don’t always trust what you see on television or read in newspapers! 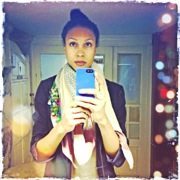 Author: Female, Canadian, yogini, expat and traveller…JoAnna is an Intolerant, but the really nice kind. Always on the lookout for delicious intolerant-friendly food (sometimes vegetarian, often without gluten and always dairy-free) JoAnna also enjoys discovering unconventional things to see on her travels and uncovering places to indulge in a glass of wine and/or score a killer vintage handbag. JoAnna rants about all the goodness she comes across on Twitter and her For the Intolerants blog.