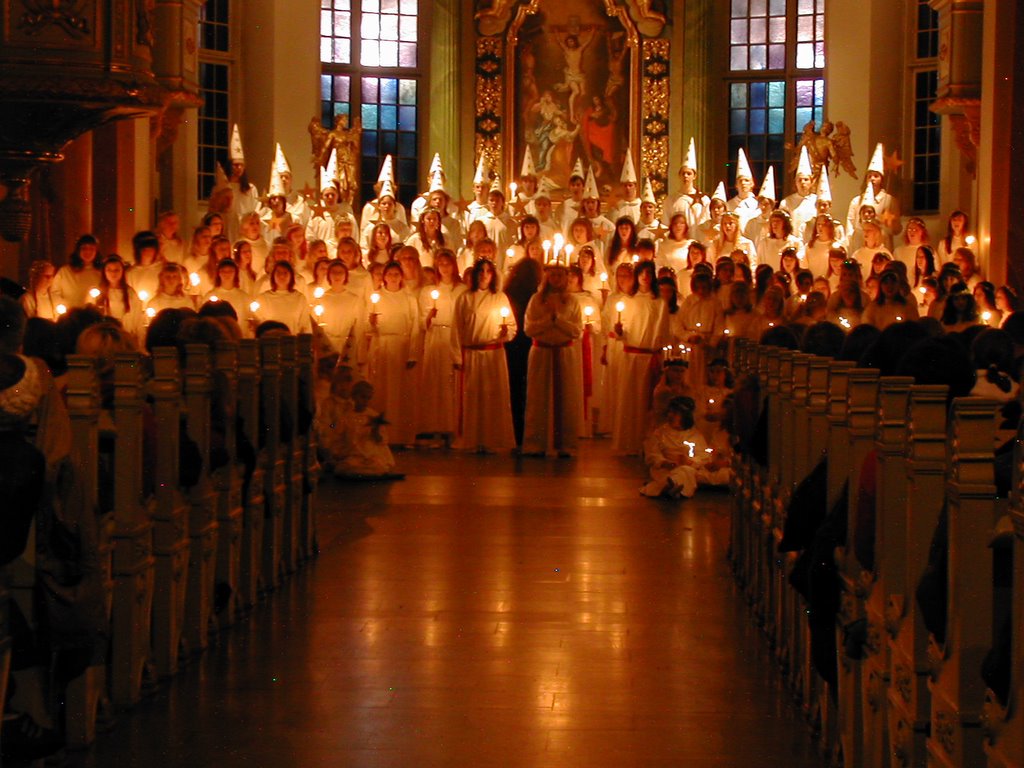 What: Though not an official holiday, Saint Lucia’s Day is both a religious celebration and a cultural festivity throughout Scandinavia, particularly Sweden.

Where: All over Sweden, and a few other countries around the world (mostly in Scandinavia or places with a large Swedish population)

Who: Anyone and everyone!

Why: The origin of Saint Lucia’s Day is a medieval patchwork of folklore combined with pagan, Catholic and Lutheran traditions from Italy, Sweden, and Germany. Saint Lucia was killed for her beliefs and subsequently celebrated as a saint during the old Julian calendar winter solstice–the longest day of the year. That tradition carries on today, even though the country has moved on to the Lutheran faith and to the Gregorian calendar.