International Italian fashion designer, Miuccia Prada (of Miu Miu) debuts the fourth chapter (It’s Getting Late) of her short movie saga, “Women’s Tales” at the Venice Film Festival today (August 30), as part of the avant garde cinema screenings. Like the other three installments, this part is set to showcase the beautiful ritual of dressing up and celebrate femininity in great style. The film is directed by Iranian film maker Massy Tedjadin and stars Patricia Clarkson, Gemma Arterton, Rinko Kikuchi, and Aubrey Plaza.

I think it’s great that women are being recognized for just being women. Trying to achieve equality doesn’t mean mimicking men’s style and acting like a man. We should embrace our feminine wiles and celebrate our femininity. 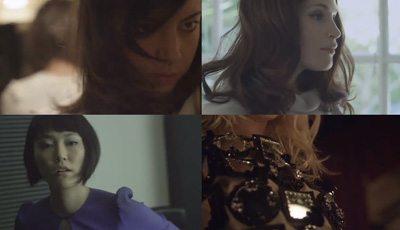