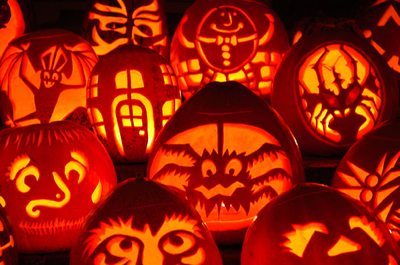 What: Halloween, short for “All Hallows’ Evening,” is a highly commercialized, secular American holiday that’s celebrated all over the country, and now, world.

When: October 31, 2012: All day, but trick-or-treating is usually done in the evening, starting around 5pm

Where: All over the United States

Who: Traditionally, it was reserved for children, but today, anyone with a sweet tooth and a knack for a good time can join in!

Why: There is still a lot of ambiguity regarding the origins of and reasons for Halloween, but it’s commonly believed that it was a pagan harvest festival that honored the dead, particularly linking it to the Celtic festival of Samhain. It’s believed that the Celtic immigrants brought the holiday over to the U.S. in the 1840s, giving the day a complete make-over. It’s in America that Halloween lost most of its religious implications and picked up all the customary traditions that we currently associate with the day. It’s also believed that it’s the one night of the year when all the spirits from the dead can come back to life.