Regal Relics of the Mughal Empire in India

Vestiges of India’s Mughal past are still very much alive today. You’ll be blown away by the intricate architecture that was erected hundreds of years ago during the Mughal Empire, from the 1500s to the 1800s. Its elaborate, symmetrical style is an amalgam of Islamic, Persian, Turkish, and Indian styles and can be seen throughout the country, primarily in northern and central India.

Some prominent features of Mughal architecture to look out for:

Starting with the most well-known example of Mughal architecture…

The Grandeur of the Taj Mahal

Beautiful. No other word comes to mind when I think of the Taj Mahal. It’s not one of the seven wonders of the world without reason. It’s made entirely out of marble and purely out of love. The love story behind the architecture marvel is the catch. Mughal Emperor Shah Jahan created this monument in memory of his favorite wife, Mumtaz. To prevent such splendor to be emulated ever again, Shah Jahan cut off the very hands of his workers that created this masterpiece. I’ve seen this timeless beauty at sunset, during the day, and at sunrise and hands down, sunset prevails! You have to remove your shoes before setting foot on the mausoleum, so dress comfortably. I also don’t recommend visiting the site during the extreme months of June-August, when it’s a sweltering jungle or during January, when it’s feels more like Antarctica. Only four hours from Delhi, it is well-worth the trip. You can even complete the trip in one day if you’re ambitious enough. Delhi is the closest airport, so the easiest way to get there is by taxi or train. It’s the ultimate emblem of undying love. If the underlying love story doesn’t touch you, visit it for its sheer aesthetic value. 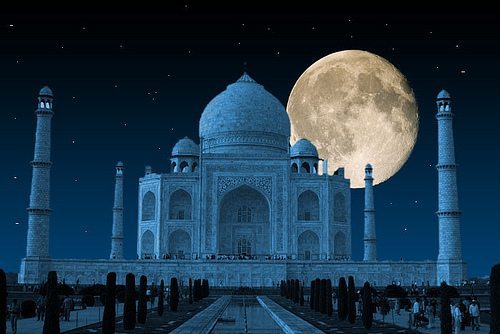 Agra Fort beams with popularity mainly due to its close proximity to the world-renowned Taj Mahal, in my opinion.  The former palace does enjoy its own unique history, but I doubt the scores of locals and tourists that currently travel to Agra would remain the same if the Taj Mahal was not there. With that, it does stand as one of India’s more important forts and one of UNESCO’s World Heritage Sites. A slew of Mughal Emperors such as Akbar, Shah Jahan, and Jehangir lived here and used it as a point of governance. Again, as seen with most forts, the detailed inscriptions and intricate paneling do make for an impressive sight. The onion domes and animal carvings on the exterior are also reminiscent of the Islamic architectural style. It is considered a bigger version of the Red Fort of Delhi, with its red sandstone walls encapsulating the entire premises. 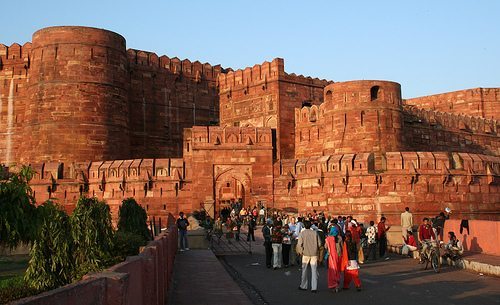 Fatehpur Sikri: The Political Capital under the Mughal Empire

The royal city of Fatehpur Sikri has become a popular tourist destination mainly because of its historical significance. It was the political capital under Akbar’s rule, until he moved to Agra Fort because of a dearth of resources. It’s a commonly overlooked monument, but its only about 30 kilometers from Agra. Throughout the entire city are buildings of special importance, such as the Panch Mahal, which is the 5-story Palace that Akbar built and the Tomb of Salim Christi, which is a mausoleum for a famous Sufi saint during the 16th century. All the buildings collectively are known as Fatehpur Sikri and are often referred to as one entity. The city is quite small, so all of the structures are in close proximity. The intricate details of the architecture coupled with a really informative tour guide helped us to mentally transport ourselves to the 16th century and gain an in-depth understanding of the political and social climate of the time. It is also one of UNESCO’s World Heritage sites. Because of its Mughal Empire importance, you will find a plethora of Islam-inspired architecture and beautifully-constructed mosques scattered throughout the city. 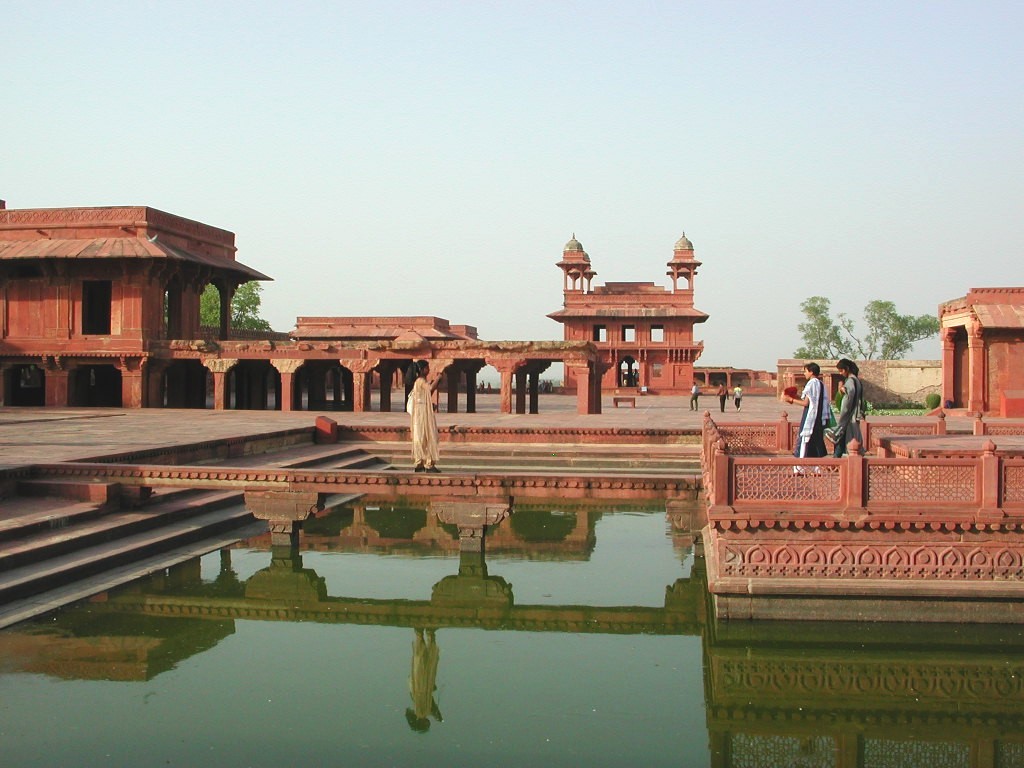 Not Just an Ordinary Fort in Orchha

After seeing a tiring slew of forts on the trip, my perception of this fort may be a bit skewed. But it still managed to bag 4/5 stars…not bad. While we were waiting for our train back to Delhi, we had some time to kill, so we mapped out an agenda in and around the town of Jhansi. Unimpressed by the dearth of options in Jhansi, we found excitement in the neighboring town of Orchha by visiting Orchha Fort—a beautiful complex housing 3 palaces, gardens, and temples. Each palace exuded its own unique history during the Mughal times and its contemporary importance. We spent about an hour throughout the compound and managed to take breathtaking pictures of the rural skyline from atop the terrace of the palace and gain an informative history lesson from a tour guide that imposed himself upon us (but we were thankful in the end). We actually also found the crisp, pristine air to be such a refreshing novelty and rare commodity after acclimating for months to the polluted, dirty air of Delhi. 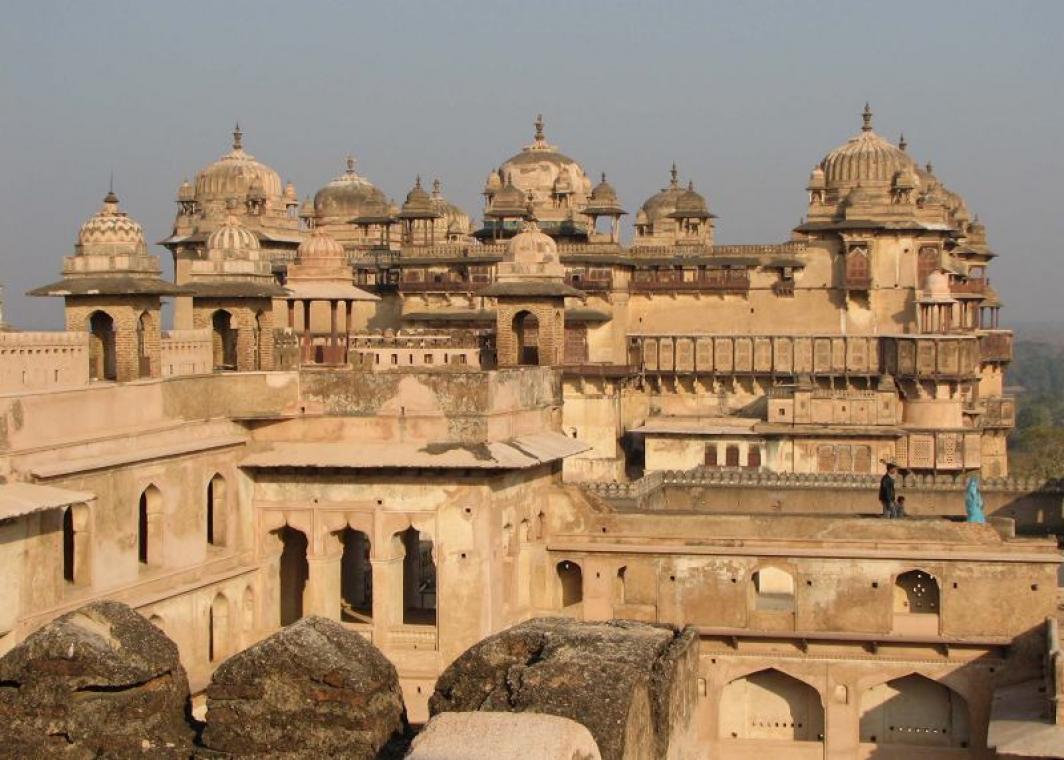 Also referred to as Lal Qila in Hindi, the Red Fort is a relic of the 17th century revealing the creativity of Mughal architecture under the rule of Emperor Shahjahan (the mastermind behind the Taj Mahal). It encases a considerable amount of Old Delhi with its mile-long walls and multiple facades and pavilions. To truly bask in the glory of the palace, it’s best to go during sunrise or sunset. Entrance fee is Rs. 100 and days of operation are Tuesday-Sunday. One thing that is a must is the nightly sound and light show. A blaring anonymous voice over the loud speaker guides you through the highlights of the fort and recounts a tale of undying regalia. It’s every night at 7pm and costs a mere Rs. 20 to enter. The show lasts about 30-45 minutes and gives a complete run-down of what should be taken away from the historical marvel. One piece of advice: cover up as much as you can or you’re likely to be eaten alive by those pesty mosquitoes that come out to play at night. It’s also one of UNESCO’S World Heritage Sites. 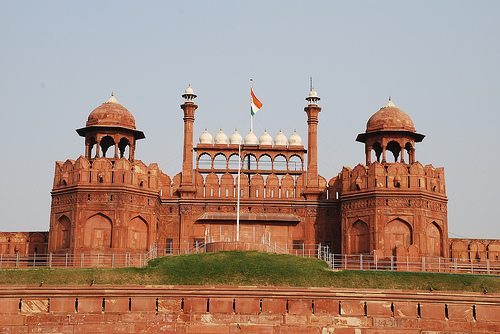 The Red Fort in Delhi

Other Mughal architectural delights to visit in India include Akbar’s tomb, Humayun’s tomb, Shalimar Bagh, and the Jama Masjid. The remaining relics of the Mughal Empire are scattered across Pakistan, Bangladesh, and Afghanistan. 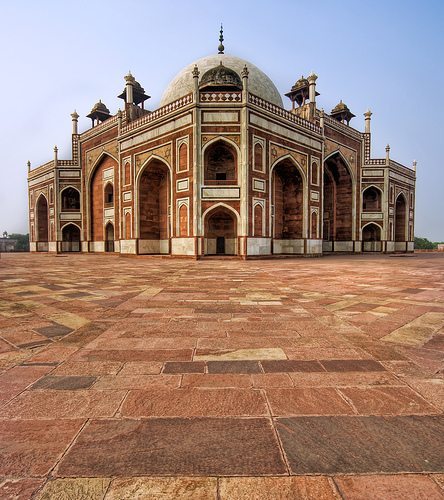