In Germany, it’s common to take 4-6 weeks off during the summer, and close everything, including your business to go on vacation. As I was meandering through the streets of Berlin at the end of July, I noticed a rather cheery yellow sign plastered outside a shop window. It read, “Wir machen bis zum 30. August Urlaub!” And in my limited German, I broke down the sentence into individual words and pieced together that I wouldn’t be able to visit the store during the entire month of August because the owners were going on vacation for 6 weeks!! That is simply unheard of in the United States. It is seriously no wonder why the quality of life in Germany is much higher than the United States. Germans fully comprehend the fact that there is more to life than just making money. Try and tell that to a full-blooded capitalist American, and be prepared for some serious eye rolling and a few scoffs.

An interesting read on the U.S. being the “No-Vacation Nation” is OECD’s comparison report on leave and holiday. 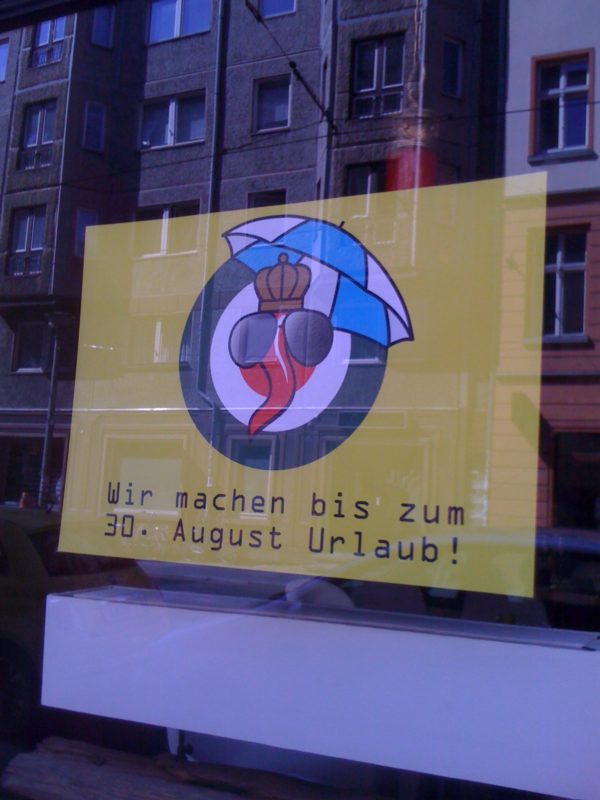