The Charm of Mexico City

Mexico City never really topped my list of places to visit until I saw the movie, Amores Perros (Life’s a Bitch). It’s a beautiful Mexican film that explores the themes of raw emotions, human loss, and life fragility through three interconnected stories, all brought together by one traumatic accident. It’s also a window into the social strata of Mexican society, which is both insightful and disheartening. Though an intense film, I highly recommend it.

Being from southern California, the proximity to Mexico always dimmed its appeal for me. But when I finally visited Mexico City a few months ago, I fell in love with it. From the Bohemian culture of Condesa to the posh enclave of Polanco, Mexico City was a maddening mix of the old and new, and the rich and poor. Though incredibly chaotic, with an air quality that gives Shanghai a run for its money, it was nothing that I couldn’t ignore for a few days for the sake of art, architecture, culture, history, and food.

Strolling through the labyrinthine alleyways took my high school Spanish lessons out of the stale confines of the classroom and instilled a newfound vitality into my understanding of Mexican culture and society. I spent five glorious (and rainy) days eating myself silly (think: a bottomless supply of tacos al pastor, guacamole, and enchiladas suizas), practicing my Spanish, spending quality time with a dear friend, posing in front of the biggest Mexican flag I’ve ever seen in Zocalo Square, getting serenaded by live mariachi performers in Plaza Garibaldi (they sang Happy Birthday to me in Spanish!), visiting my 7th Buddha Bar restaurant, rushing down the corridors of the Frida Kahlo museum, soaking up the contagious energy of the city, gawking at the enormity of the Teotihuacan Pyramids, discovering a new favorite Mexican fashion designer (look them up: Pineda Covalin), exploring the ancient Aztec ruins, admiring the larger-than-life murals of Diego Rivera, guzzling down margaritas in endless varieties, and witnessing Mexican culture through a fresh, new local lens.

My conclusion after it all was that Mexico City is a highly underrated urban center that ought to find its way on the radar of cultural travelers more often. I already have a running list of things to do and see for next time. 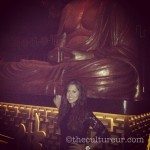 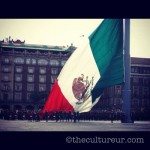 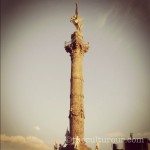 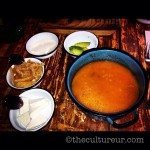 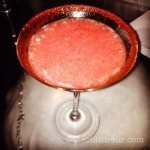 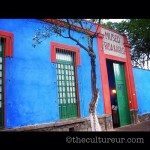 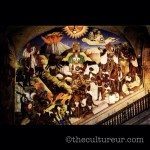 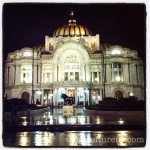 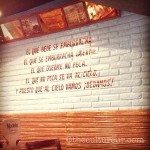 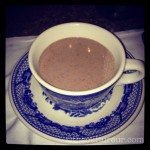 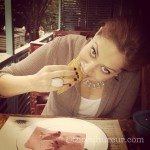 I couldn’t get enough of the tacos al pastor 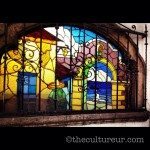 Beautiful stain-glassed windows on a house 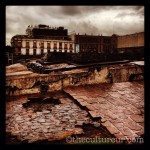