The Delights of San Diego

San Diego is a beautiful thriving metropolis in southern California known for its downtown Gaslamp District, picturesque beaches, world famous theme and animal parks, unique Spanish history, and its proximity to the Mexican border. There is something for all ages, budgets, and interests. The following 5 things are samples of all that San Diego has to offer. 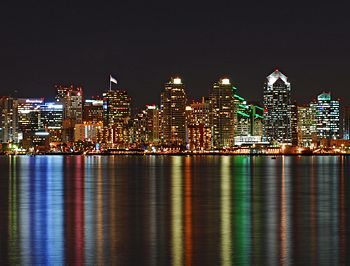 The San Diego Zoo and Sea World both require a day each to do the parks full justice. The San Diego Zoo is considered the best zoo in North America with over 100 acres of animals and their habitats. Sea World is home to the beloved killer whale known around the world as Shamu. Don’t miss the live entertainment that showcases the fabulous aquatic tricks of these sea creatures.

2)   Stroll along the Pacific Coast at La Jolla Shores/Cove

The stunning Pacific coastline of La Jolla Shores is something not to be missed. Nestled in the heart of La Jolla, otherwise known as the “jewel of San Diego,” it’s considered to be the most beautiful beach in San Diego. Walk along the shore or explore the area by bike. If you’re feeling more adventurous, take advantage of the tropical climate of San Diego and opt for a fun water sport like surfing, scuba diving, sailing, or jet skiing.

3)   Shop and dine around downtown in the Gaslamp District

The downtown area of San Diego, otherwise known as the Gaslamp District is where all the excitement happens. In addition to the hours that can be spent shopping in department stores and novelty boutiques, you can enjoy dozens of international cuisines and a wide array of clubs and bars.

San Diegans take their sports very seriously, especially when it comes to their beloved Padres baseball and Chargers football teams. The all-American sports can be seen at PETCO Park and Qualcomm Stadium, respectively. 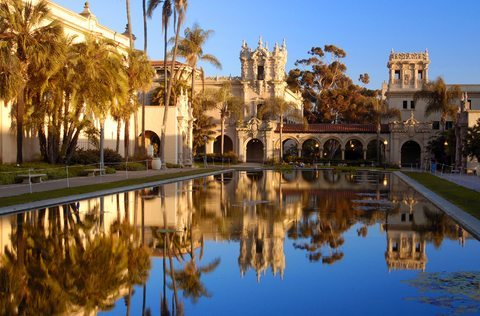