[Guest Post] They Fed Us, Yet They Had Nothing

[Guest Post] They Fed Us, Yet They Had Nothing 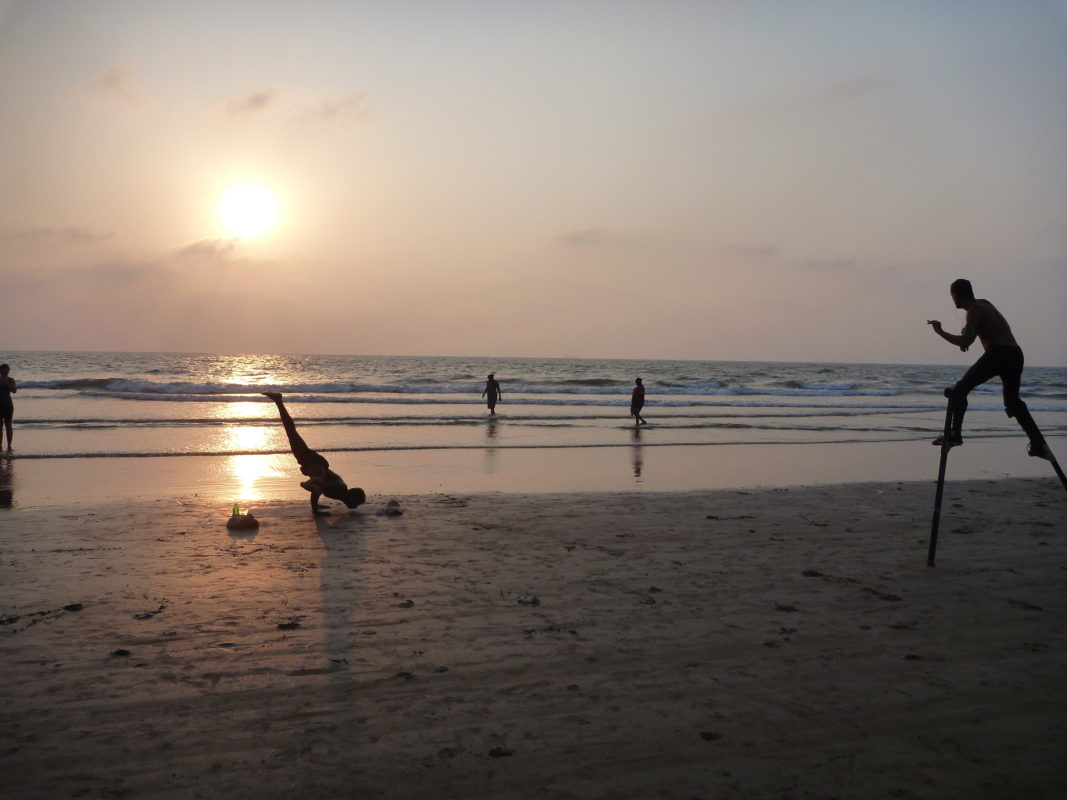 “They fed me, yet they had nothing.”

In the 1960s, Hippies arriving via the famous overland route from Europe across Southwestern Asia and into the countries of Turkey, Iraq, Iran, Afghanistan, Pakistan, and eventually Southern India transformed this former Portuguese colony of Goa into one of the hottest party places on the planet. The Hippies found a tolerant live and let live society and were seduced by Goa’s abundant sunshine, sand, and ethereal stardust. The praise life, praise God, praise and experience everything party of those early times never really died and its crowd of devotees is every bit as eclectic these days. Fashionistas rub elbows with Rainbow Family members. People from Western Europe, Russia, Ukraine, and Punjab…Osho followers, base hedonists, ascetics, and other types of holy men and women. There seems to be something for everyone. In Arambol, in its physical environs, its illusions, and its abstractions, beckon a discovery, and while most people who visit here prefer to get out of their heads, so-to-speak, I prefer to go deeper within my own.

Relaxing on the beach watching the sun go down one evening, and possibly inspired by all of the other travelers dressed in rags (albeit, thoughtfully so), I returned to an idea that had occurred to me years ago. Documentary producers/hosts, NGOs, philanthropists, and other would-be do-gooders have been dumbfounded over why their efforts to break the cycle of poverty experienced by millions in India are so frequently met with disinterest by those who they think would benefit the most. The problem, to me, seems to stem from an utter failure to understand who they’re dealing with on the others’ own terms. That is, they, the well-intentioned group or person, has projected a certain reality onto another. A reality which this group or person might not identify with.

Pierre Bourdieu, an influential 20th century sociologist who has sparked countless debates on societal power dynamics, made the case that education itself has the power to divide families and dissolve friendships. One of his claims was that as an individual takes advantage of higher education they develop a new language and, as such, begin to drive a wedge between themselves and those closest to them. Take the example of a child being removed from their home in the slums by an NGO or other aid provider to be given a privileged education in an environment consisting almost entirely of people outside of their social circle. Not only would the child slowly start speaking a different language, they would rather quickly start seeing the world through a completely different set of lenses. The child risks losing his/her family and friends as they slowly transform. Family and friends are what’s at stake. 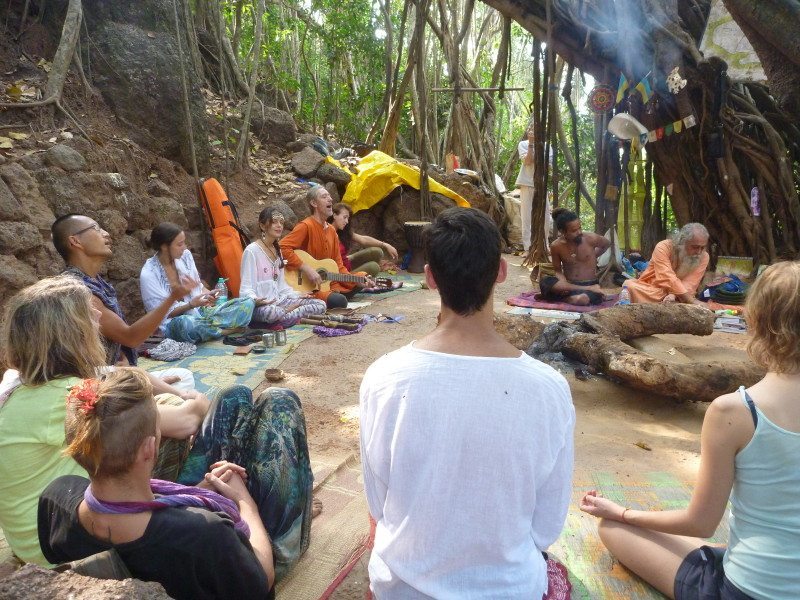 A less obvious attraction/scene is “the banyan tree”. One morning I set out to find it. Along the way I asked a small group of foreigners for directions and was pleased to be invited to join them as they were heading there to sing. The path led along the ocean coast to a fresh water body called Sweet Lake. From here one heads deeper into the jungle, to eventually find a banyan tree that has been transformed into a hangout spot for Shivaites, Hari Krishnas, common hash- heads, babushkas, and basically anyone who happens to stumble upon it. It is, in other words, also affected by the hippy love and respect of diversity and their inclusive practices.

I’ve not once heard anyone consider the idea that perhaps these “downtrodden” people are genuinely happy. Perhaps they have what eludes the overwhelming majority of people on this planet. Specifically, perhaps they have enough. This may sound ludicrous, but philosophies expounding the merits of a life free of material desires date as far back as the days when the Buddha wandered the jungles of northern India. I’ve met many hippies, bohemians, gypsies, homeless people, or whatever you want to call them, who are at their most blissful state while sleeping under the stars or the jungle canopy, foraging for wood and food, and making music and dancing together. This is all they need. More specifically, it is all they want. Is it so ridiculous to think that many of the so-called destitute might be in a similar mindset? Have you never wished to be unburdened by your long commute, cubical, deadlines, bills for superfluous goods/services, etc.?

This is by no means an attempt to justify the fate of those who are in fact suffering (though, as an aside, the Buddha and many others would question the root cause of that subjective experience). I just find it compelling that so many people don’t want help, that is, don’t want to take part in the current mainstream social order. I think that these people present profound learning opportunities for appropriately self-reflective individuals. I think for most people in the developed world, they are the counterweight necessary to find our own equilibrium. 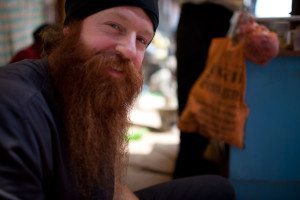 Author: Dan Meyer — an American freelance writer currently living in India. With a background in political theory and ethnography, he occasionally works as a professional guide and consultant in the fields of religion, culture, and adventure travel. He can be contacted via this blog and would appreciate any and all feedback, comments, and queries. Check out his other article: The Birth and Demise of Authenticity.

This website uses cookies to improve your experience while you navigate through the website. Out of these, the cookies that are categorized as necessary are stored on your browser as they are essential for the working of basic functionalities of the website. We also use third-party cookies that help us analyze and understand how you use this website. These cookies will be stored in your browser only with your consent. You also have the option to opt-out of these cookies. But opting out of some of these cookies may affect your browsing experience.
Necessary Always Enabled

Any cookies that may not be particularly necessary for the website to function and is used specifically to collect user personal data via analytics, ads, other embedded contents are termed as non-necessary cookies. It is mandatory to procure user consent prior to running these cookies on your website.