Detroit: In the Midst of a Renaissance (And Why It Should Be On Your Travel List)

Detroit: In the Midst of a Renaissance (And Why It Should Be On Your Travel List) 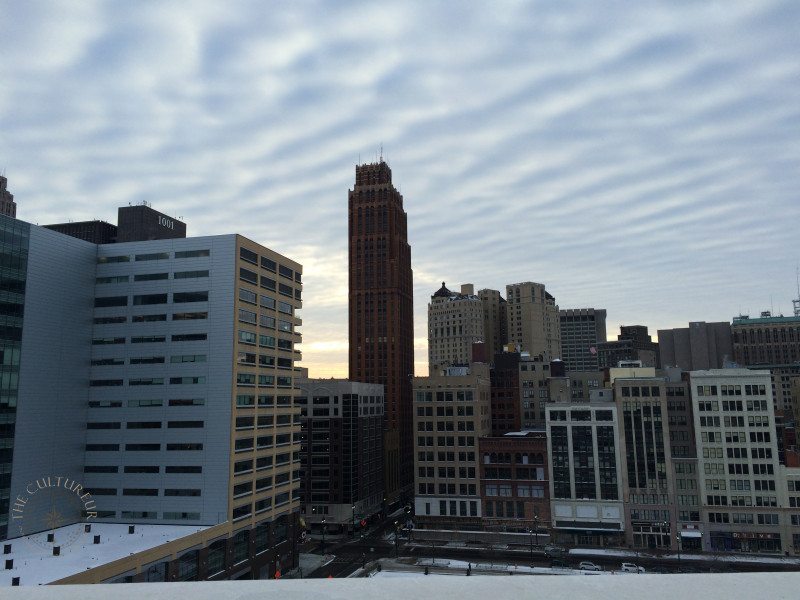 The glorious skyline of Detroit on a cold winter evening

Disclosure: I’m part of the Buick Media Influencer program, but all opinions are my own and accurately reflect my thoughts of Detroit and Buick.

I’ll be honest — Detroit was never on my radar or even remotely near the top of my travel list (or even ON my travel list, for that matter). As part of Buick’s Media Influencer team, I recently visited Detroit for the North American International Auto Show where Buick unveiled two of its newest lines. Now before my trip, all that I knew about the Motor City was what I had passively digested from the media here and there, as I had never actively sought it out or consciously tried to change my perception of it. My impressions fell within the realm of Detroit being a bleak, dilapidated mess that was brought to its knees after the auto crisis and bankruptcy fiascos a few years ago. But oh, I couldn’t have been more wrong. Detroit is changing. Slowly, but steadily. It’s in the midst of a renaissance that is not only transforming the city’s core and reviving the city from its battered past, but also putting it back on the radar so it can proudly run in the league of major metros around the world.

I had the pleasure of acquainting myself with the city over the span of three *ridiculously cold* days and even within such a short amount of time, the city had whetted my appetite and planted the seed for my return (in warmer months). No, it’s not the most luxurious of destinations, but it has a thriving local culture that consists of a vibrant community of passionate restaurateurs, stylish shopkeepers, meticulous coffee connoisseurs, dynamic artists, young professionals, and craft cocktailers. If you’re willing to shed your previous unfounded judgments of Detroit and appreciate the progress it has made to re-invent itself, I promise you that the city will delight, enchant, and satisfy your senses in ways that you never imagined or expected.

But it wasn’t just Detroit that shocked me and challenged my perceptions; the American automotive giant, Buick, too, stretched my understanding of the brand and sought to change my prior impressions and associations with its cars. Previously, I always considered Buick to be an old man’s car — one that my grandfather would enjoy and proudly drive. And it certainly never crossed my mind as a luxury car. But after the launch of its two latest lines — Cascada and Avenir — and after speaking to numerous people that were responsible for its rebranding, I’ll happily admit that I’m impressed on the surface level and can see how millennials could potentially view Buick’s new cars as an attainable luxury. Surprisingly, I found the Avenir sedan to be super sleek and sexy, and it’s no wonder that it won best designed concept vehicle at the Auto Show.

“No brand will have the technology advantage for long. Design IS the great differentiator.” –Ed Welburn, Vice President of Global Design

I’m not a car enthusiast by any means, but I’m certainly intrigued by the brand and look forward to following the growth of Buick in the coming years. And while it may be too early to consider me a Buick convert given my brief exposure to the “new” brand, I’m in the driver’s seat, ready and willing to go to all the places that Buick is capable of taking me, including into Detroit’s promising future. 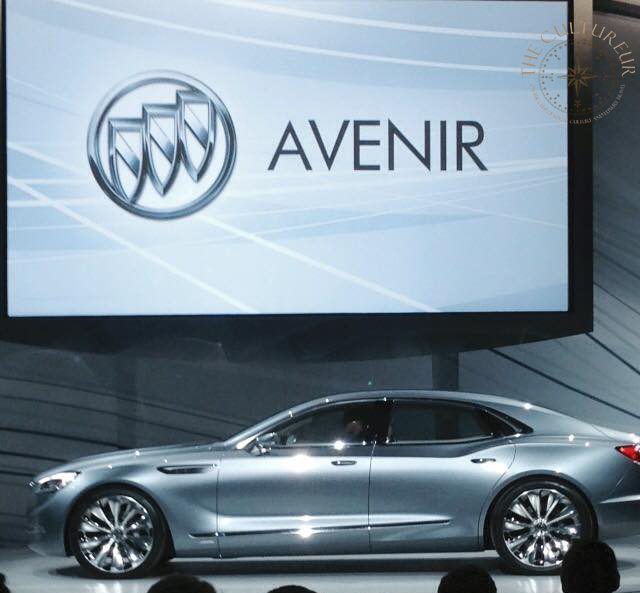 The new sleek and sexy Avenir by Buick 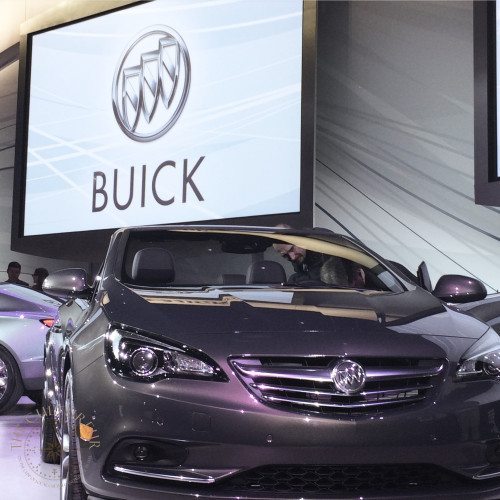 The new Cascada convertible from Buick

Things to Do/See/Eat in Detroit:

–CHECK OUT a slew of local Made in Detroit products and brands such as luxury watch-maker Shinola, clothing boutique Willy’s Store, and Detroit Bold Coffee.

–STROLL through The Z — a 10-story parking garage that has been converted into a mural gallery that reflects the work of 27 artists from across the globe.

–TOUR through the College for Creative Studies — a one-of-a-kind complex that houses a middle school, high school, college, and graduate program that all focus on art and design. I’d recommend getting a tour of how the clay modeling process of car design works — it’s fascinating!

–WARM your spirits at The Ghost Bar at The Whitney — Detroit’s oldest and most storied dining establishment. It’s also rumored to be a former haunted house.

–WATCH a show at the FOX Theater — Detroit’s crown jewel with gilded, Asian-inspired decor that hosts theater productions, musicians, and other performing artists.

–DESIGN your own hand-bound journal at Salt & Cedar — an artsy letterpress studio in the historical heart of Eastern Market.

–ADMIRE the visual feast that is the Guardian Building — a 40-story historical skyscraper in downtown that boasts a gorgeous art deco-styled lobby. It’s often called the Cathedral of Finance.

–SIGN UP for a tour with D:hive — a local tour company that offers guided walking tours that showcase the past, present, and future of Detroit. I loved seeing how proud locals are of their city — the contagious enthusiasm just spills right out and makes it hard not to appreciate all that Detroit stands for. 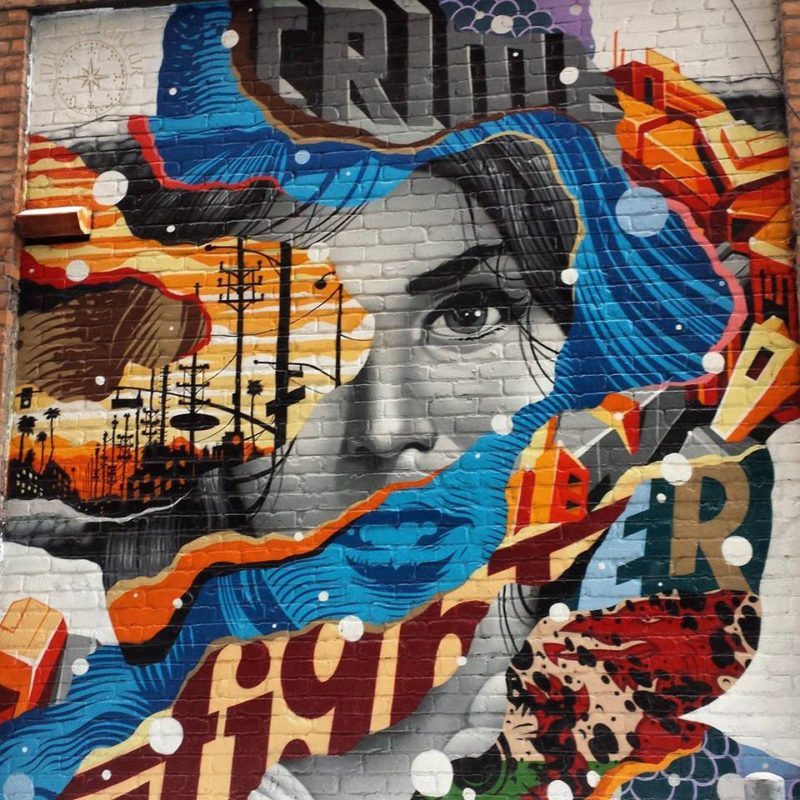 A beautiful mural part of The Z 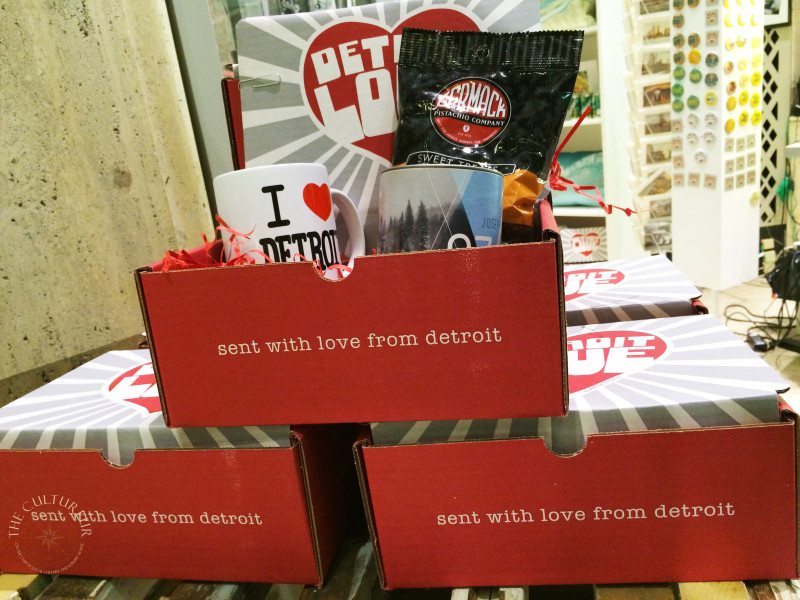 “Made in Detroit” products springing up like ninjas around the city 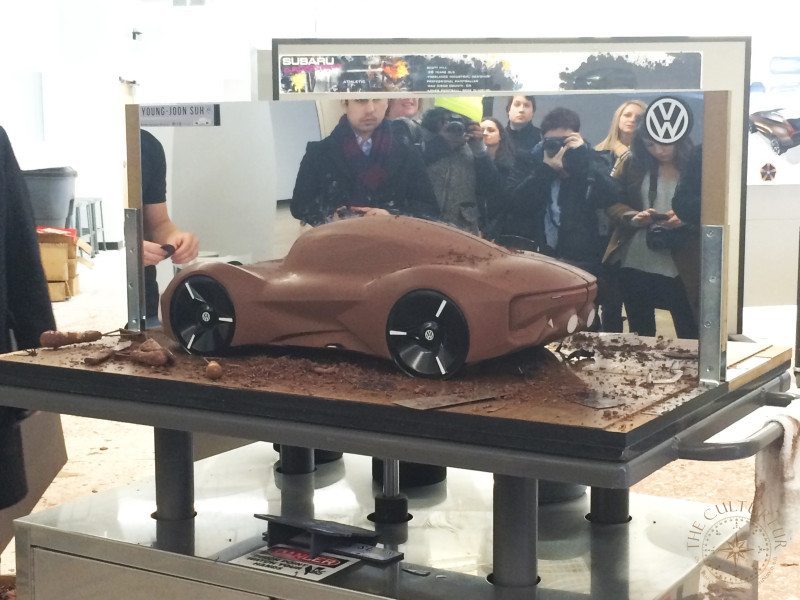 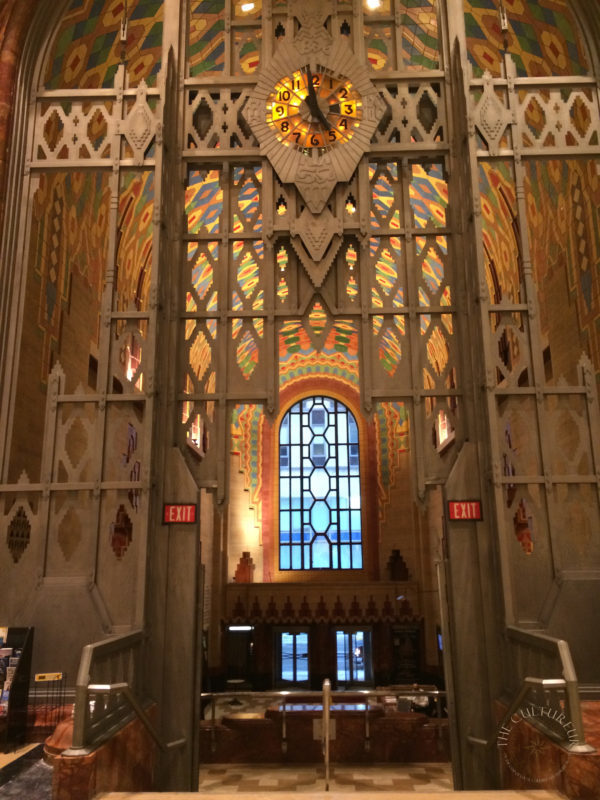 Gorgeous hues of gold, blue, and red in the Art deco-styled Guardian building 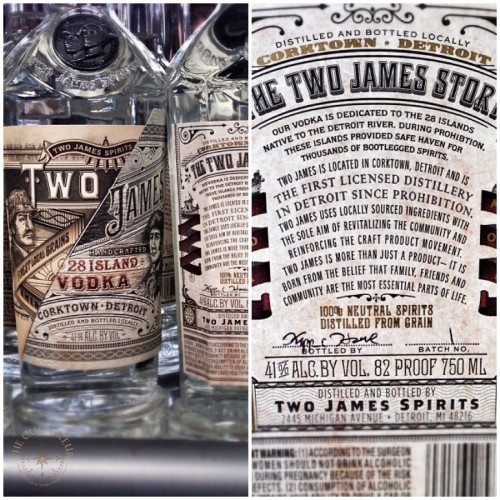 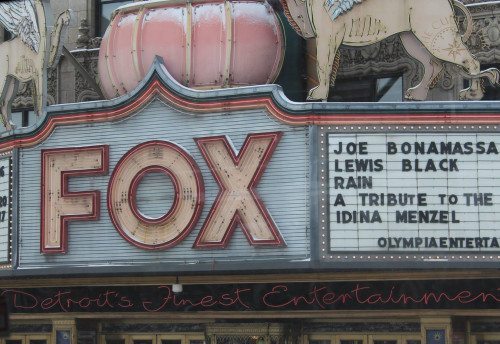 The ornate Fox Theater taken while driving by