Though the first Thanksgiving is commonly believed to have been celebrated by the Pilgrims in the 17th century, the holiday is still entangled in endless myths and legends. In the United States, Thanksgiving has evolved into a secular holiday that is associated with spending time with friends and family, cooking a feast that could probably feed a whole village, and overall being thankful for all of life’s blessings.

1) Sarah Josepha Hale (famous for her nursery rhyme: Mary Had a Little Lamb) is largely credited as the individual responsible for making Thanksgiving a national holiday; it had previously been celebrated only in New England. She campaigned for a number of years, starting in 1846, until President Abraham Lincoln passed legislation that established Thanksgiving as a national holiday in 1863. His purpose was to create a unifying day amidst the tension and turmoil of the American Civil War.

2) The date of Thanksgiving changed in 1941 when President Franklin D. Roosevelt moved the official date from the last Thursday to the 4th Thursday in November. His primary reason for the change was boosting the economy by extending the Christmas shopping season. This year, it falls on November 22, 2012.

4) Black Friday is the Friday after Thanksgiving in the United States, marking the beginning of the traditional Christmas shopping season. Most major retailers open extremely early, often at 4 am, or earlier, and offer promotional sales to kickstart the holiday shopping season.

5) Every year, Macy’s holds its Thanksgiving Parade in New York City, a tradition that began in the 1920s.  This year’s 86th Annual Macy’s Thanksgiving Day Parade will begin at 9am at Central Park West and 77th Street and end at Macy’s Herald Square on 34th Street. 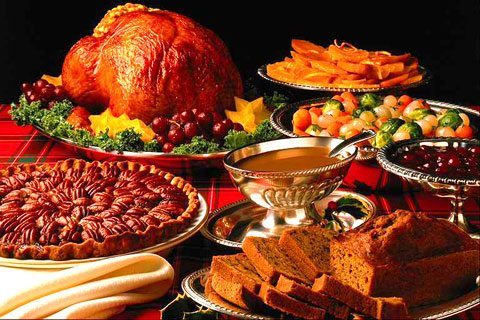