15 Foods to Try in… AUSTRALIA

One question I often get asked from my travels is what are the best foods to try in…? While I’m happy to tell you about all the yummy dishes I consumed and all the interesting tidbits I learned, the best way to get up close and personal with a country’s food is hearing about it from a local. This new series — 15 Foods to Try in… — does just that; it’s a list of must-try foods (and drinks) in a particular country written by people who actually live there and can comment on their cultural significance and regional variations.

Disclaimer: do not read this on an empty stomach! 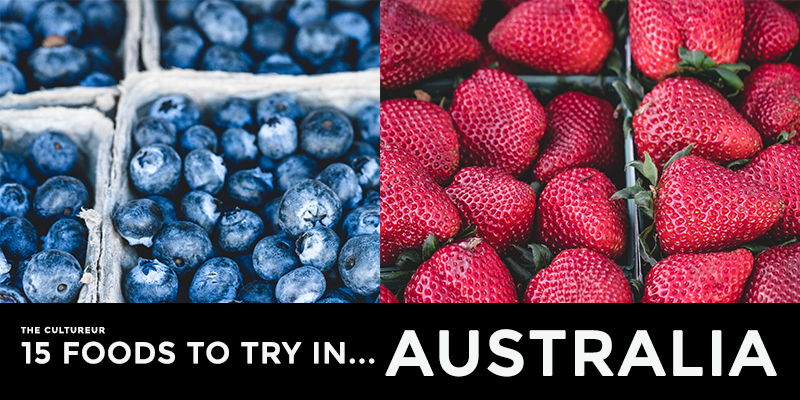 Starting off the series is Australia, written by the ever-so-lovely and witty Jo Karnaghan of Frugal First Class. Though born in Melbourne, she now resides in Sydney and is always on the lookout for culinary delights throughout her beautiful country and beyond. Read on to learn about her debriefing on the Australian cuisine and her accompanying socio-cultural commentary.

Australian food. What’s that, you say?  Australia doesn’t have a cuisine – according to many overseas food and travel bloggers.  My opinion is they just don’t look hard enough – Australia has a rich and vibrant food culture. Given our close proximity to Asia and our magnificent climate (perfect for growing so many things!), Australia has a food culture all of its own, fusing the best of our Anglo-Saxon origins with the traditions of our more recent migrants. It may not be as distinctive as other cultures but it still holds its ground.  Here are some of my favorites – look out for them next time you’re Down Under!

The competitive natures of Australia and New Zealand almost lead to blows over ownership of the pav. Both countries claim to have invented it, but regardless of who is right, this combo of crisp and soft meringue, topped with freshly whipped cream and tangy fruit is a must try. 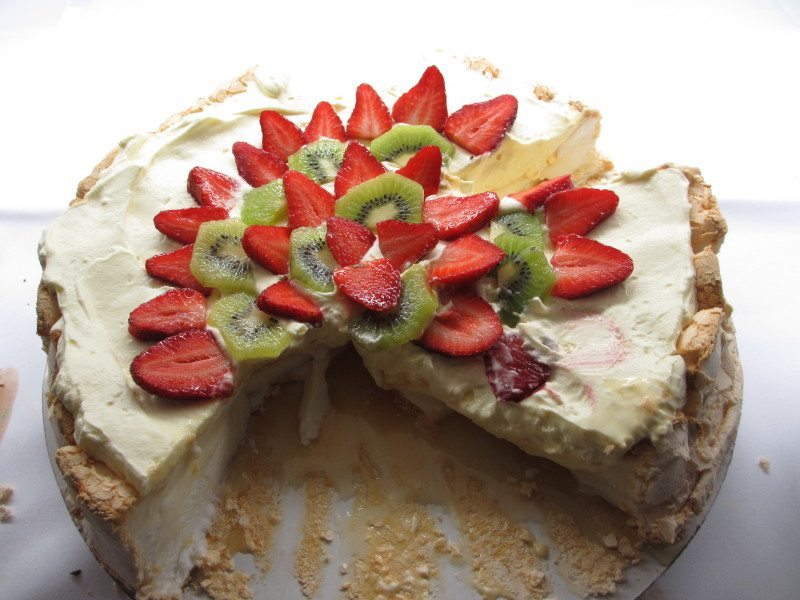 The Iced Vovo is an old favorite biscuit that is making somewhat of a comeback.  Chefs have taken the iced vovo concept and turned it into all sorts of things – from trifles to ice cream. But the best way to experience this retro treat is to buy a packet from the supermarket and enjoy it as is.  With its biscuit base, marshmallow raspberry jam, and coconut topping I challenge you to just stop at one… 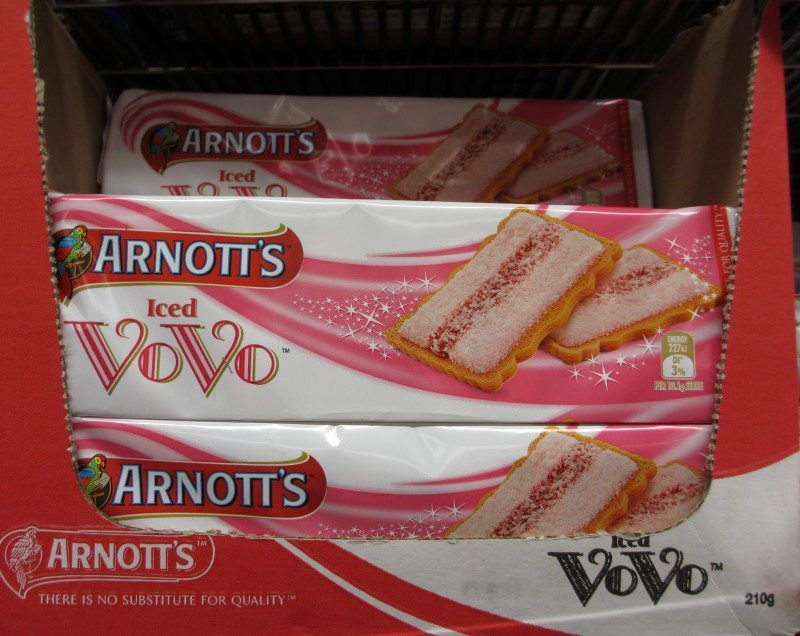 For many travelers, the mention of Tim Tams invokes misty-eyed faces and fond memories.  There is no biscuit like them in the world.  The original consists of chocolate cream sandwiched between two chocolate biscuits, all of which is then dipped into milk chocolate. But they now come in all sorts of flavours and can tempt even the strongest willed.  So popular with visitors, you can now buy them by the box load at Australian international airports to take home! 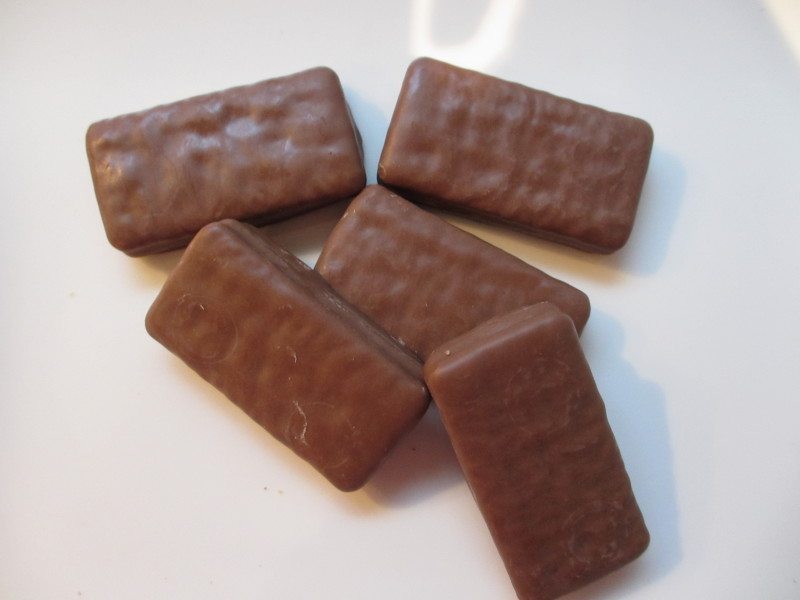 ANZACs are our patriotic and historical biscuit.  Created during World War I to send to troops at the front in Europe and the Middle East, the ANZAC biscuit came into existence when treacle was added to a traditional Scottish oat cake recipe to enhance its keeping powers. A hundred years on, we still love our ANZAC biscuits – buy them in packets at the supermarket, or buy huge versions in a café to enjoy with your coffee.  Simple, but delicious. 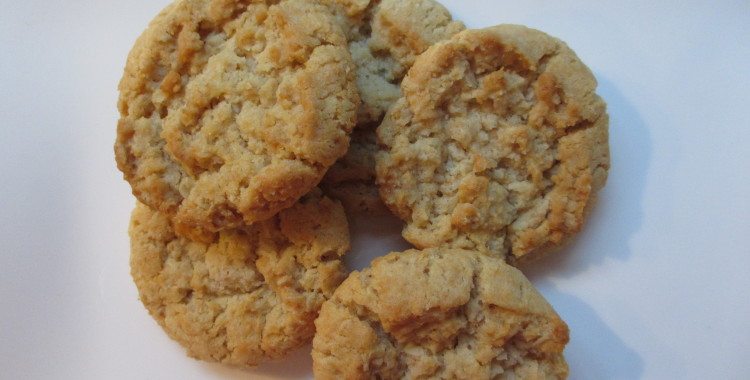 Lamingtons are old-fashioned traditional Australian cakes.  Traditionally made in a cube-shaped vanilla sponge cake dipped in thin chocolate icing and coconut, Lamingtons now come in all sorts of shapes and variations.  Whether you buy a large lamington cake to share with friends (yes, you can buy them as a full size cake), or a small one with raspberry jam in the middle, you know you’re eating an Australian tradition. 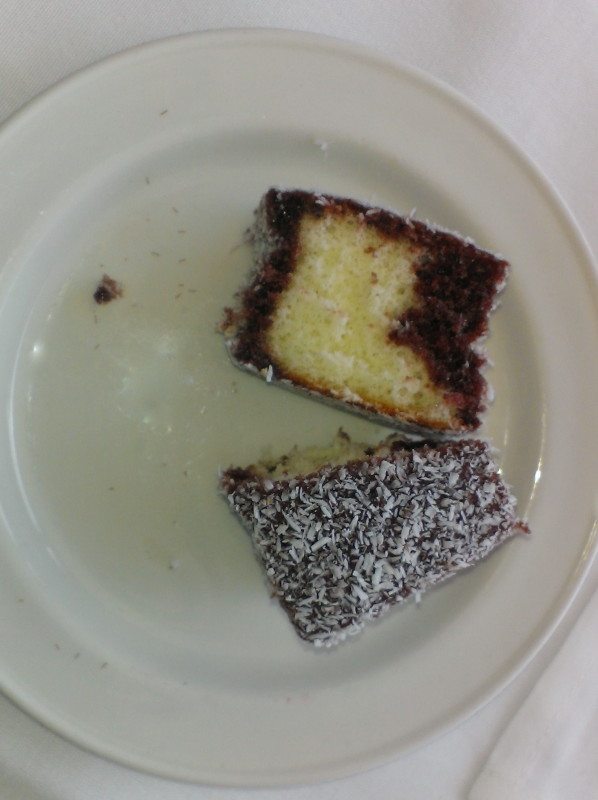 Because of our Anglo-Saxon history, scones are big here. So is pumpkin. But instead of making pumpkin into a pie, why not make pumpkin scones?  Made famous by the wife of a former Queensland politician, pumpkin scones are a country food staple.  Get the best recipes for pumpkin scones from the Country Women’s Association, and enjoy them with jam and freshly-whipped cream (forget about the spray can rubbish). Delicious!

But Australian food isn’t just about sweets – we love our savory foods too!

Forget hotdogs, the meat pie is the fast food of choice at Australian sporting venues.  A generous dollop of tomato sauce (ketchup) is essential.  Buy them from bakeries, and eat them straight from the bag – scalding hot meat and gravy running down your chin is definitely part of the fun! 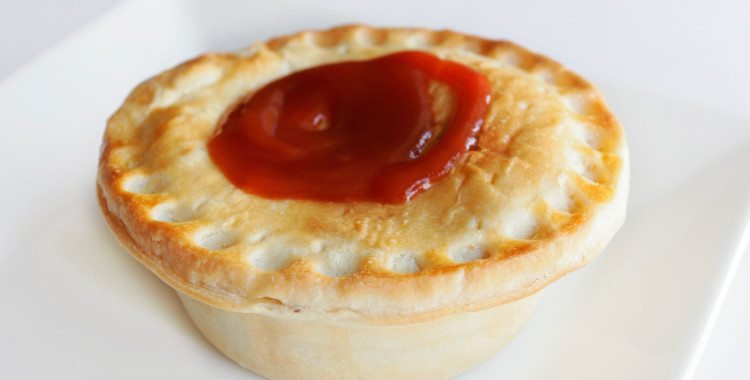 No post about Australian food would be complete without Vegemite.  Unfortunately most visitors don’t really take to this strong, salty spread – I think they don’t understand it is not peanut butter or jam and put too much on.  The best way to eat Vegemite is to get the freshest bread you can find (a crusty loaf is good, but not essential), butter it liberally, then add the thinnest smear of Vegemite (so thin you can still see the butter clearly through the Vegemite), then enjoy!

9) Hamburger with the Lot

So what would Australians know about hamburgers, you ask?  A hamburger with the lot is an entirely different beast to any hamburger you would know.  No pickle or mayonnaise for starters.  Take a traditional hamburger with cheese, lettuce, tomato and onion.  Finish with a slice of beetroot, grilled bacon, a fried egg and a slice of grilled pineapple, and top it off with tomato sauce.  That’s a hamburger with the lot.  Eat the couture wagyu beef versions in trendy inner city cafes, or more humble, traditional versions in pubs and in take-aways.  The best ones are so big you can barely fit them in your mouth. They make a Big Mac look dinky!

Fish ‘n chips is another example of how Australians take a traditional food from somewhere else and make it uniquely their own.  Fish ‘n chips wrapped in paper (or nowadays served in a box) is the ONLY food to have on the beach, regardless of which beach you are on.  Any self-respecting beach, where anybody visits will have a humble fish ‘n chip shop, so there is no excuse to miss out.  While traditionally served with vinegar, it is permissible to have a bit of tomato sauce on the side.  If you are in Victoria, your fish will most likely be shark (sold as flake).  Don’t be put off – it is a genuinely delicious fish, and is not any of the larger varieties currently under threat. 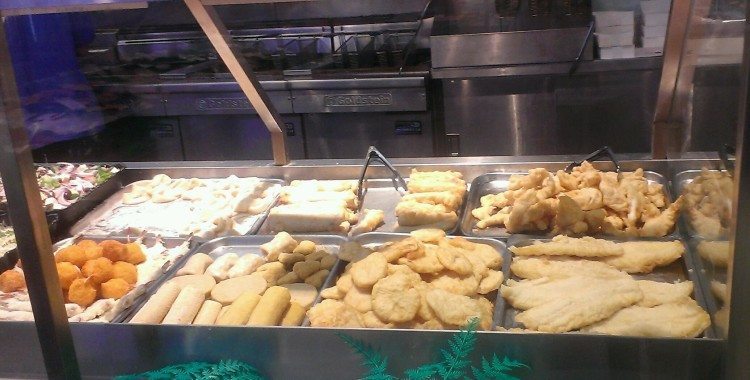 Australians LERVE their coffee and drink a lot of it.  We are also true coffee snobs.  Being a barista is the hipster job de jour, and the inner cities are littered with cafes.  Look around and note the distinct lack of Starbucks – we just aren’t into Starbucks here.  If a fancy decaf soy mocha frappe is your thing, head to Gloria Jeans (our own home grown version of Starbucks), otherwise, any good café will serve you the coffee of your choice.  Watch out though, Australia has a coffee dialect all of its own (which is a whole story for another time). 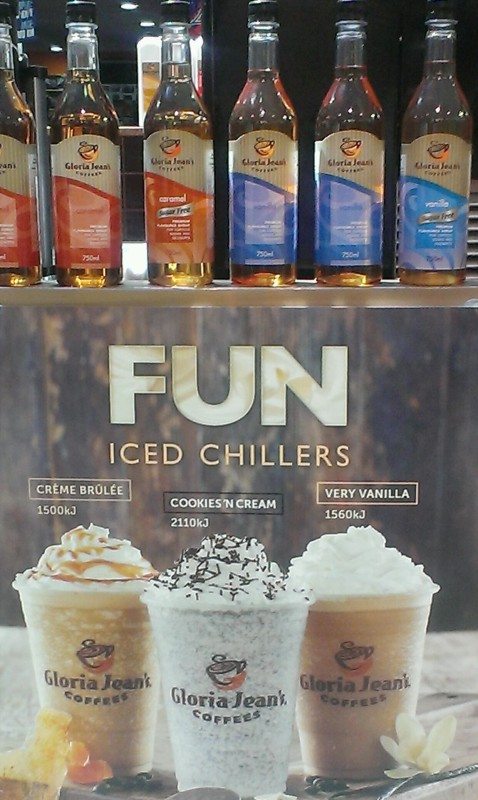 12) A Sausage Sizzle at Bunnings

A what at where?  Bunnings is a large chain of hardware and DIY shops here.  Every Saturday, they open their front entrances to local charities for a traditional Aussie sausage sizzle.  $2 will get you a BBQed sausage with tomato sauce on white bread.  Add an extra dollar or 50cents for a serving of onions.  With the smell hitting you as soon as you leave your car, a Saturday trip to Bunnings is almost worth making just for the sausages!

Now, what to have with all this yummy food?  Fortunately, Australia has plenty of local wine and beer to go with it.  For a truly Australian experience, try any of the following:

Liqueur Muscat is a uniquely Australian fortified wine.  A bit like Hungarian Tokay, a bit like Port, it is best described as liquid fruit cake.  It goes brilliantly with chocolate desserts.  What’s not to love? 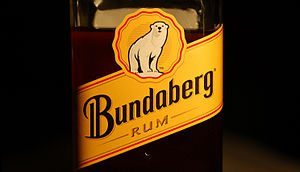 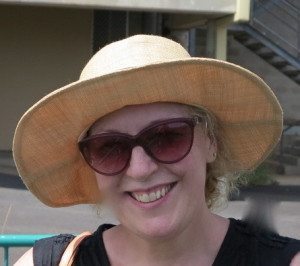 Jo Karnaghan is the Chief Frugalista of Frugal First Class. Her dream is to be able to travel in Europe full-time, and to always turn left upon boarding the plane. Jo believes the best parts of any trip are often those that cost nothing and loves seeking out meaningful travel experiences. Jo has a busy career as a medical practitioner, wife, mother, and a student of French.