The city was Berlin. The language was English. The waiter was Polish. The restaurant designers were French. The cuisine was a blend of Spanish and Asian. I’m painting the scene of my dining experience at Dos Palillos, a restaurant that blatantly lies at the crux of globalization and innovation.

Nestled in the heart of Mitte, underneath the Camper hotel, Dos Palillos is a stylishly restrained affair that interprets the Spanish tapas tradition and adds an Asian twist to create culinary magic. For 60EUR/person, a relatively affordable price given the caliber of the food, we enjoyed a 16-course meal that included shrimp, octopus, clams, and fusion dishes such as large grilled oyster with sake, squid wok with vegetables and coriander seeds, and vegetable kimchi with jellyfish. Now don’t imagine American or German portions; these bite-sized tapas looked to Japan in both their refined taste and compact elegance.

We sat at the bar facing the kitchen, where we watched Chef Albert Raurich work his culinary prowess and produce a progressively orgasmic dining experience. His team brought out each dish one by one, and accompanied it with an explanation for the inspiration behind each.

The entire dining experience was a sheer delight. With our globalized world, this is the future of experimental gastronomy, and the fusion of cultures and cuisines was only a matter of time. 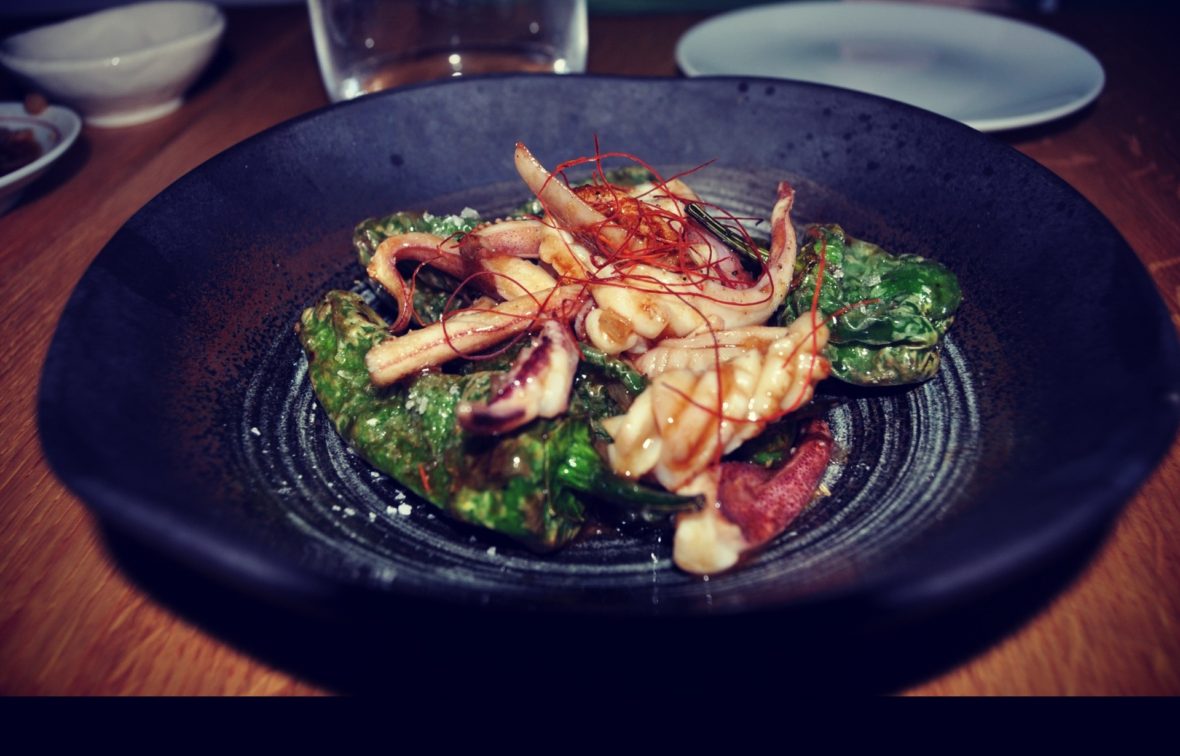