Love tomatoes? Then, you may want to check out Spain’s annual tomato-throwing festival called La Tomatina. On this particular day, the streets of the town of Buñol become the scene for what may qualify as one of the biggest tomato fights anywhere on Earth. A whopping 125,000 kilos of tomatoes are used by the town’s residents and visiting guests to pound, batter, and completely smother each other with squishy tomatoes.

– You have to squash each tomato completely before throwing it at someone, in order to avoid injury.

– Only tomatoes can be thrown.

When: Usually the last Wednesday in August

Who: Anyone and everyone

Why: La Tomatina enjoys a pretty humble beginning—it started as a common brawl outside a restaurant in 1944. Since then, it has developed into one of Spain’s biggest, most popular, and most entertaining tourist draws. Buñol’s actual population is only 9,000, but during La Tomatina, it swells to a respectable 30,000. 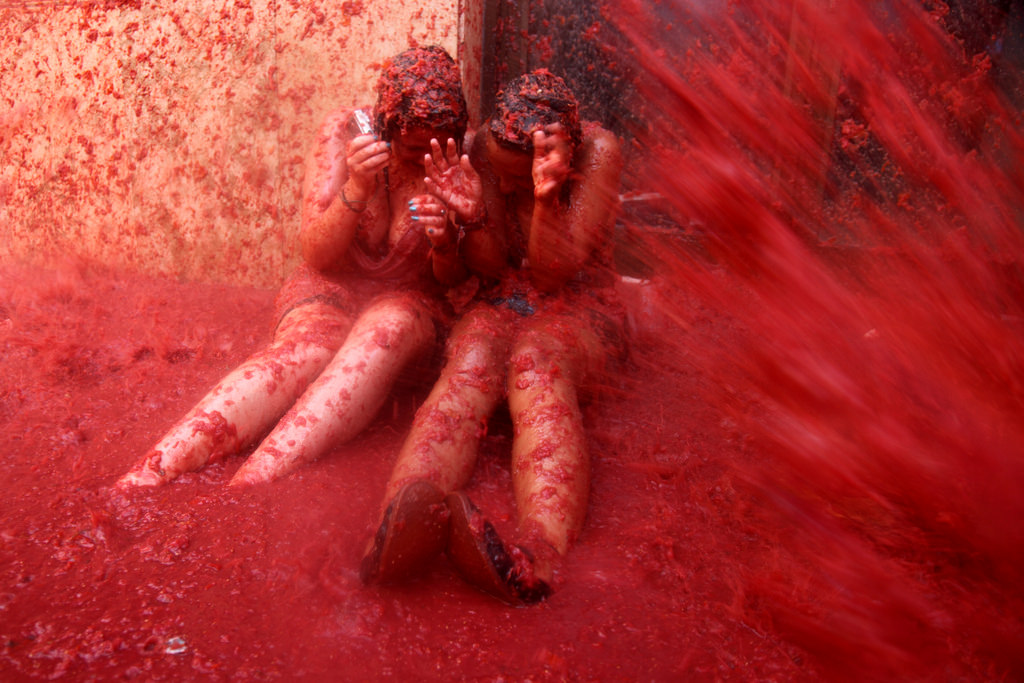