As travelers, we are always on a journey to satisfy our cravings and curiosities for new things.  No matter where we go, whether a new town, city, or country, one of the best ways to have an authentic experience is to sample and understand the local food. In my country, Mexico, we are very proud to have such rich, diverse culinary traditions, much of it evolving from hundreds or even thousands of years of history. Every state, city, and town has its own dishes and variations that sometimes not even we (Mexicans) are aware of. But here are three dishes that you could find almost everywhere, but always with a local twist, depending on the region you’re in. 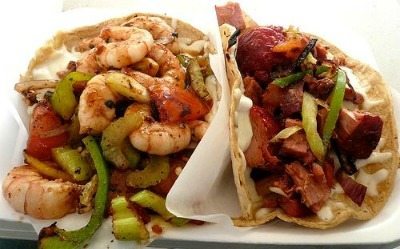 The original tacos in Mexico are prepared with soft corn tortillas and filled with a stew, consisting of pork, chicken, beef, or even lamb.  Traditionally, we do not fill the tacos with rice, sour cream, or lettuce, as typically seen in Mexican restaurants abroad.  In the pre-Hispanic times in Mexico, it is believed that workers used to eat tacos in the street as a quick meal, making the dish a very popular street food, with every region adopting a unique way of preparing it. 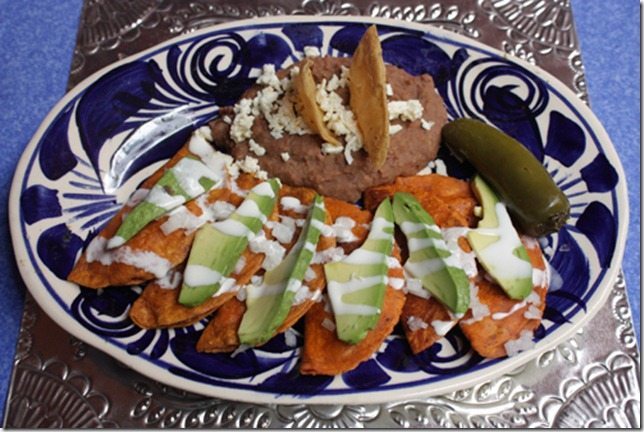 An enchilada is a corn tortilla rolled with meat and white melted cheese. Enchiladas have been part of Mexican history for ages, with evidence dating it back to the Mayans and the ancient settlers living in the Valley of Mexico, where they used to eat the tortillas folded or rolled around freshly-caught small fish. But, when the Spaniards arrived in Mexico, they started adding more ingredients like cheese and meat, further popularizing the dish around the world. 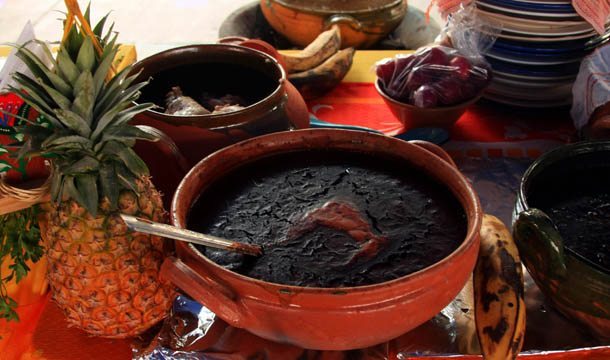 Ever thought about trying chicken with a spicy chocolate sauce? Originally from Puebla, mole is a dish entrenched in hundreds of years of history. It is believed to date back to the 16th century, when nuns from the Convent of Santa Rosa in Puebla de Los Angeles had to prepare a dish for the visiting Archbishop and were at a loss as to what to serve him. Believed to be a sort of divine intervention, the nuns started praying and suddenly feeling an inexplicable inspiration to create a dish that mixed many different types of chilies, nuts, chocolate, and other ingredients. From that day on, the dish has become synonymous with authentic Mexican food. The name comes from the Nahuatl word for sauce, molli.

Mole is often served over turkey/chicken at weddings, birthdays, baptisms, and holidays such as Christmas. It is one of the most delicious and popular dishes in the Mexican cuisine.

Now that I’ve made you sufficiently hungry, always remember that there’s no one right way to prepare our culinary staples. Think outside the box, and you’ll be pleasantly surprised, I promise.

By: Karina T., a freelance writer based in Mexico City and creator/editor of Fridöm Magazine