The Best Rose-Raspberry Croissant in Paris…

can be found at Pierre Hermé, one of Paris’ premier pastry shops, nestled in the Saint-Germain-des-Prés area (my favorite location out of the 7). I often hear people say croissants are not pastries, but instead of getting into an argument about how wrong they are, I’m usually inclined to shove an Ispahan croissant in their mouth and make them eat their words. Literally. What’s Ispahan, you’re probably wondering. Well, the Ispahan flavor concept is a melodic combination of rose, litchi, and raspberry, and is the brainchild of Paris’ top pâtisserie chef, Pierre Hermé, also known as the “Picasso of Pastry.” And an Ispahan croissant is a buttery croissant, glazed with rose-flavored almond cream, drizzled with candied rose petals, and filled with exquisite raspberry-litchi pâte. It really is one of the tastiest croissants on Earth, no joke. 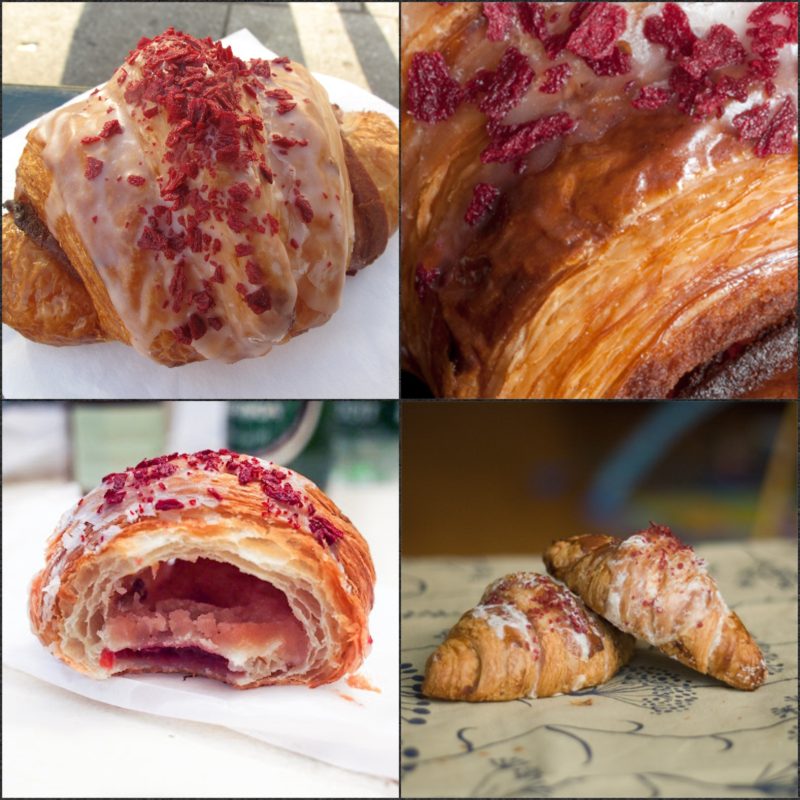 The Best Rose-Raspberry Croissant in Paris